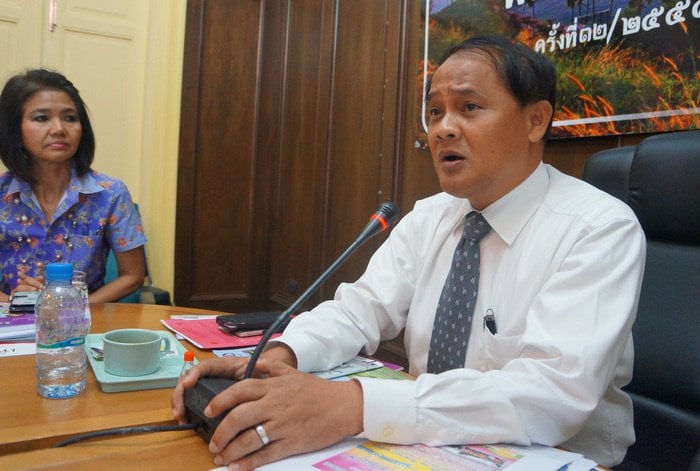 PHUKET: The booze belt around academic institutes (story here) in Phuket is set to get significantly wider after it was announced yesterday that the ban would be applied to all businesses within a kilometer of Phuket Rajabhat University.

The university is the province’s pilot project for the national ‘Campus Safety Zone’ campaign, which will see security measures ramped up around 107 educational institutes nationally. The goal of the effort is to eliminate alcohol and drug use, as well as prostitution and gambling, in the areas.

“An investigative team will go out and survey the businesses in the area, including rental properties, entertainment venues, cybercafes, drug stores and so on, to establish likely sites for criminal activity,” said Pakpoom Intharasuwan, the Phuket Provincial chief administrative officer. “Once we have clearly established the Campus Safety Zone, police, military personnel, excise officers and provincial officers will call together all affected business owners to establish a Memorandum of Understanding (MoU).”

The team has been given a September 8 deadline, with the MoU to be signed on September 15, confirmed Phuket Governor Nisit Jansomwong, who chaired the meeting yesterday.

A security team will patrol the area and conduct searches at least once a week for the first month. During this period, any business owners violating the MoU will receive a warning. However, afterward, the policy will be strictly enforced.

“If the project succeeds at Phuket Rajabhat University, we will roll the system out for other academic institutes on the island,” Governor Nisit said.