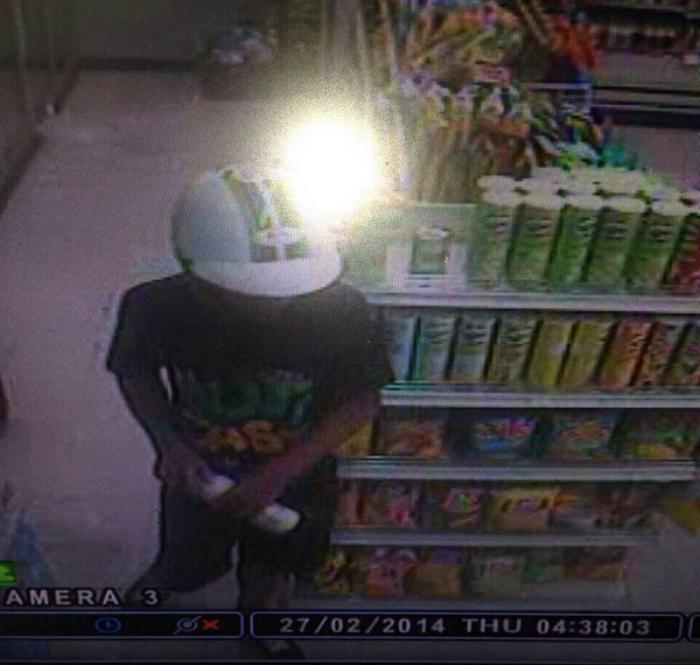 PHUKET: Police believe that two convenience stores held up at gunpoint within an hour of each other early yesterday morning were robbed by the same suspect.

Patong Police were notified of the first robbery at about 4:40am.

“The man came in to buy a bottle of milk. While he was waiting to pay, he pulled out a gun and told us to hand over all the money in the cash register,” said a staffer at the Phisit Koranee Road Family Mart.

“We only had change at the time, so he took 1,000 baht in coins and left on a black Honda Scoopy-i toward Wat Suwankiriwong.”

About 30 minutes later, the Phuket City Police were notified of an armed robbery at the Pracha Uthit 7-Eleven store.

“He came inside to buy milk. While he was waiting for change, he took a gun from his pants and pointed it at me, demanding money,” said the 7-Eleven staffer.

“Based on the descriptions given by both staffers, we believe that the robberies were carried out by the same man. Both of them said the suspect was about 165 centimeters tall with dark skin, wearing a black T-shirt, black shorts and black canvas shoes. The only difference is that the first staffer saw him wearing a white helmet and the second staffer saw a red one,” said Somsak Thongkliang of the Phuket City Police.

Police have obtained an arrest warrant for the suspect, police told the Phuket Gazette.

“Everything was captured on CCTV footage. Patong and Phuket City Police are working together to investigate the footage so an arrest can be made,” Lt Col Somsak said.