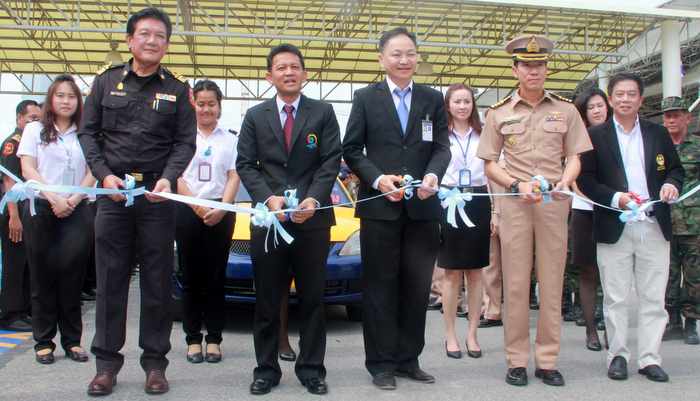 PHUKET: A hike in metered taxi fares comes as roving metered taxis officially begin foraging Phuket for passengers, after the grand opening of the new island-wide service this morning.

“We will now see more metered taxis driving throughout the island. There will eventually be about 1,400 metered taxis on Phuket,” said Phuket International Airport Director Prathuang Sornkham.

“These metered taxi drivers will be able to make more income because now they can take customers from the airport to their destination, and then pick up new passengers wherever they are. Previously, they were forced to waste gas by returning to the airport with no clients.”

The hike in rates comes more than a decade after the last rise in metered taxi fares in 2003.

There will still be an additional 100 baht surcharge in addition to the 50 baht for those taking a taxi from the airport.

“We now have a metered taxi counter service in the terminal for travellers. At some point, we will also install an electronic system to make it easier for passengers who land at Phuket International Airport to call for a metered taxi,” said Mr Prathuang.

As the service at the airport begins, “limousine” taxis will still out number the available number of metered taxis at about three to one, with 416 limousine taxis to 139 metered taxis.