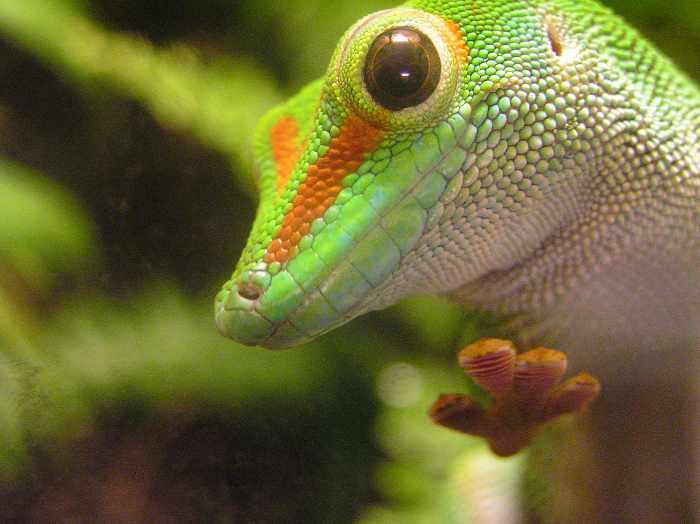 PHUKET: Many years ago I invented a superhero for Thailand called Geckoman. He was modeled on Spider-Man, but with significant differences to make him more relevant to Thailand. Now I believe it’s time to resurrect and update him.

The scenario: Nerdly young high-school student Worrawit Worrawitworraworrapong (nickname: “Worry”) has a problem. Skinny, frail, and undersized, he wears thick glasses, trips over his own shoelaces, has bad breath, body odor, and zits.

Thus socially challenged, he has difficulty making it with the chicks, if I may coin a term. He is in love with his school’s head cheerleader, Titiporn Hubbahubbakul (nickname: “Titi”), a voluptuous young minx who is also a leading movie star, singer, and supermodel.

But alas, Titi won’t even look at Worry, whom she disdains as an insect to be crushed beneath her well-shaped heel. She has eyes only for the school’s chief athlete, Spermsak Bongkalot (nickname: “Stud”).

While visiting a science laboratory on a school field trip, Worry is accidentally bitten by a radioactive gecko. (Okay, so geckos don’t bite people. We have to allow a little artistic license here.)

Thereafter, by a mere act of will, he can transform himself into Geckoman, a man-sized gecko with superhuman powers who is dedicated to the eradication of evil, the uplifting of the downtrodden, and the triumph of truth, justice, and the Siamese Way.

On the same field trip, Stud has been bitten by an equally radioactive cockroach. Thereafter, by a mere act of will, he can transform himself into Cockroachman, a man-sized cockroach with superhuman powers who is dedicated to the empowerment of evil, the crushing of the downtrodden, and the defeat of truth, justice, and the Siamese Way.

This of course sets the stage for a major clash between the two superdudes.

Geckoman begins to win Titi’s love when she is in the girls’ locker room being attacked by a swarm of mosquitoes. Charging into the locker room, skittering over the walls and ceiling, the Lightning Lizard gulps down the mosquitoes.

Then he introduces himself to the startled Titi. “Hi there,” he says with a polite burp. “I’m Geckoman, the Intrepid Insectivore, at your service.”

But danger is afoot. Geckoman and Cockroachman can communicate with their counterparts in the animal kingdom. Through their separate contacts, they both learn that a leading terrorist is holed up in the Bedbugs Galore Guesthouse on Bangkok’s Khao San Road. He is Omar al-Moron (also known as Omar the Beheader), chief operative of the sinister terrorist group al-Wakko. Nicknamed Som-O, he is planning a devastating attack on Thai pop culture by kidnapping every DJ, VJ, talk-show host, movie star, singer, supermodel, and beauty queen in the Land of Smiles.

Thus deprived of its entire supply of fluff, Thai society will collapse in a shower of sequins and candy floss. The resulting anarchy will give Som-O a clear field to carry out further insane plots.

Will Geckoman be able to foil this maniac? And what about Titi? Stay tuned.

You can congratulate Ye Olde Curmudgeon on his creative genius c/o s.tsow@outlook.com.

Henning Mankell lets down readers with ‘A Treacherous Paradise’

Phuket Humor: The robots are coming