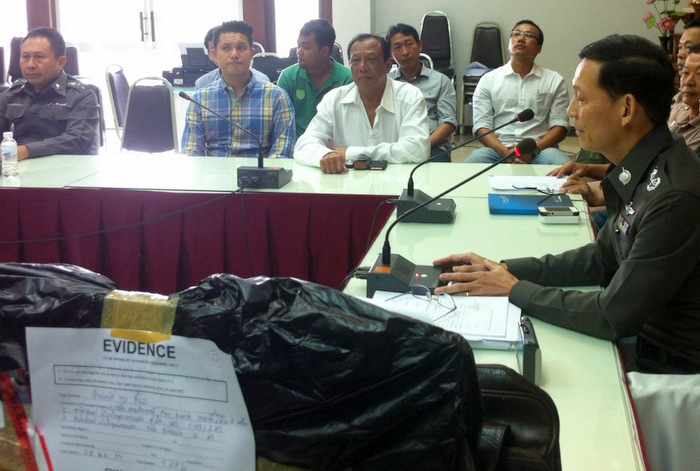 Mr Pian, and six other members of his operating company Pisona Group, including his son Pattawee Keesin, presented themselves at the base and were taken into custody.

Under military escort, all seven suspects were handed over to Phuket City Police just after midday.

Region 8 Police Deputy Commander Paween Pongsirin, who has spearheaded the purge of Phuket’s taxi mafia, read the charges against the seven, with Col Somchai Ponatong, the top-ranking soldier on the island, present to witness the proceedings.

All seven are facing charges of extortion and criminal activities carried out by a criminal association (story here).

At last report, Mr Pian had yet to acknowledge the charges.

Mr Prab is expected to arrive in Phuket this afternoon under escort by Bangkok police officers (story here).