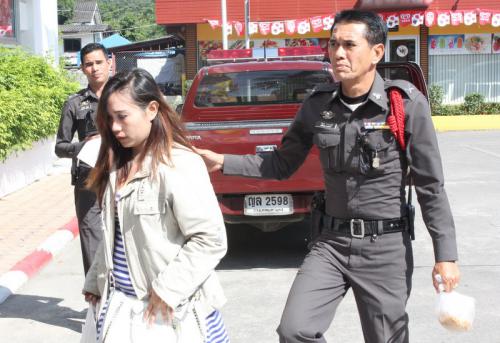 PHUKET: A woman delivering an omelet to an inmate at Phuket Prison was arrested yesterday when guards discovered that the food concealed anti-anxiety pills.

When Thitiporn Janerop, 20, was in the prison visiting room, officers conducted a routine search of the food that she had brought. Inside the omelet they found 40 pills of Alprazolam – popularly known as Xanax – stuffed into 10 plastic straws.

They called Phuket City Police, who took her into custody and charged her with possession of a Category 2 drug and trying to smuggle drugs into a prison.

“She told us that she went to visit her boyfriend in the prison, but was not taking the omelet to him,” Lt Watchasak said.

She was taking it to another man, the incarcerated boyfriend of a friend.

“Ms Thitiporn said that the friend asked her to deliver the omelet, and she did not know what was in it,” Lt Watchasak said.