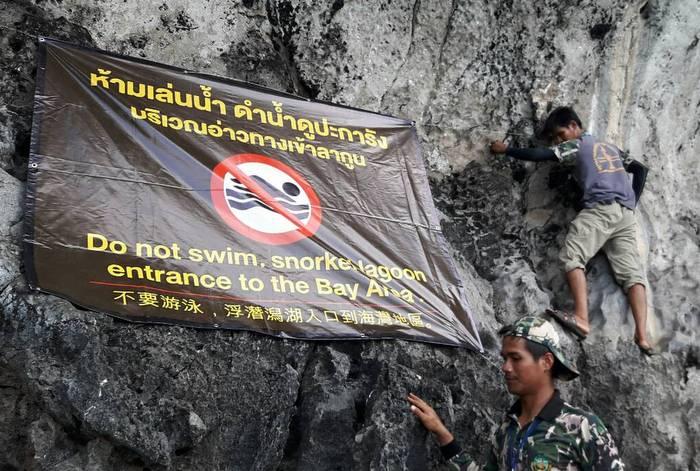 PHUKET: Park officials marked dangerous swimming and snorkelling areas inside Than Bok Khorani National Park following two Russian divers being maimed by a speedboat in Phi Phi earlier this month and a number of tourists dying in marine national parks.

“The entrance to the lagoon at Koh Hong is very dangerous; there is a lot of boat traffic, as well as fast moving water,” explained Jampen Pormpakdee, chief of the Koh Hong protection zone. “We set up signs in Thai, English and Chinese to ask tourists to avoid swimming in dangerous locations and to always wear a life jacket.”

At least 300 visitors visit the island daily, making it important for tourists to follow rules and take steps to manage their own safety, said Mr Jampen. In addition to installing signs, the park arranged for 200 life jackets to be available, free of charge, for tourists while they are swimming at the island.

“We launched this campaign due to the recent number of accidents causing death or serious injury in the Krabi marine area. Hopefully, these efforts well help mitigate any risks taken by tourists,” Mr Jampen said.