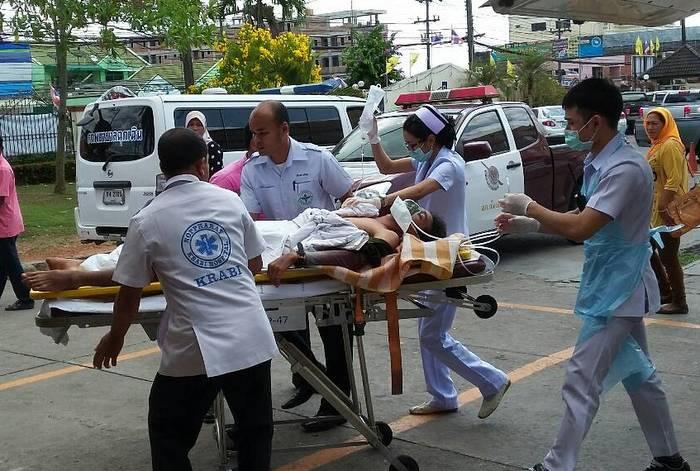 PHUKET: A speedboat crew member was rushed to hospital after having his back slashed open by a boat propeller at Koh Lao Lading in Krabi this morning.

“According to witnesses, 33-year-old Kreetha Sarawaree was helping to make room for another boat to park at the pier when he lost his balance and fell into the spinning propeller,” explained Maj Suphat Hemjinda of the Krabi City Police.

The captain of Srisawat 5, 25-year-old Anan Panya, was attempting to back the boat into the crowded pier when the accident occurred. Mr Anan cut the engine, but Mr Kreetha had already sustained serious injuries, said Maj Suphat.

“At this stage, we have yet to charge anyone over the incident. However, a representative of Phi Phi Tour Company, which owns Srisawat 5, agreed to cover Mr Kreetha’s hospital expenses,” said Maj Suphat.