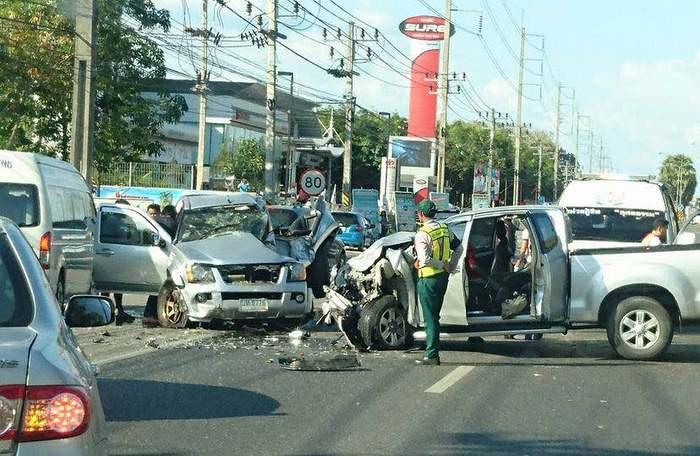 PHUKET: Two people were killed and another injured in a three-vehicle collision on Thepkrasattri Road yesterday afternoon.

Lampoon Saeton, 56, was pronounced dead on arrival at Thalang Hospital, while Wasuwan Sae-Lu, 62, was taken to Vachira Phuket Hospital, where he later died from his injuries, confirmed Capt Kraisorn Boonprasop of the Thalang Police.

“The other victim, Charit Saeton, 30, is being taken care of for back and neck injuries by doctors at Vachira Phuket Hospital,” Capt Kraisorn said.

“It was very chaotic. Traffic was backed up and we were forced to move the damaged vehicles onto the median,” said Capt Kraisorn. “We were only able to collect the Toyota driver’s information. We will call him in later for questioning.”

Police were unable to confirm the Toyota driver’s name, but did note that he did not sustain any injuries in the accident.