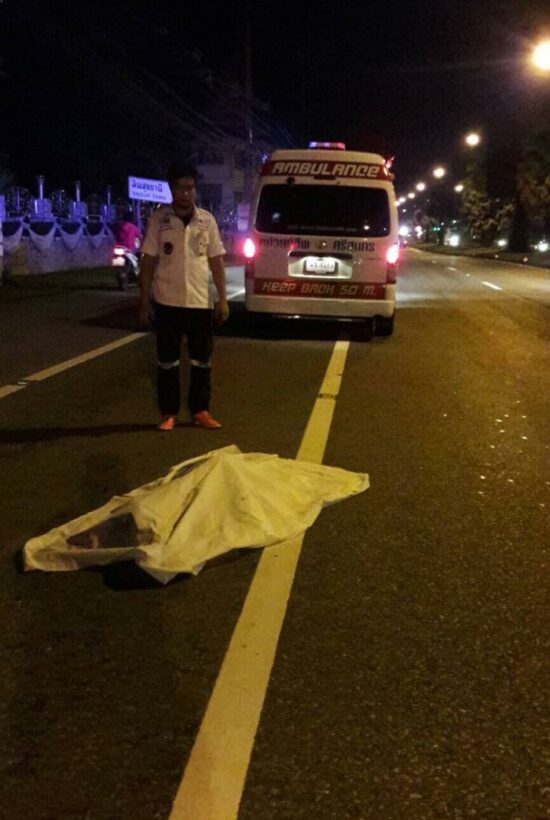 PHUKET: The search is on for a driver involved in the hit and run killing of an elderly man in Thalang yesterday.

Capt Chatree Chuwichian of Thalang Police received a report of a man who was crossing the street and got hit by a pickup truck about 6am.

“Witnesses claimed that a pickup truck crashed into Sangop Sookkaew, 78, and contorted his hip. The unidentified driver did not stop, leaving Mr Sangop bleeding from his nose and mouth,” capt Chatree told the Phuket Gazette.

“The victim’s body was taken to Thalang Hospital. Meanwhile, we are checking CCTV footage to track down the driver, who witnesses say sped off toward Baan Lipon.”