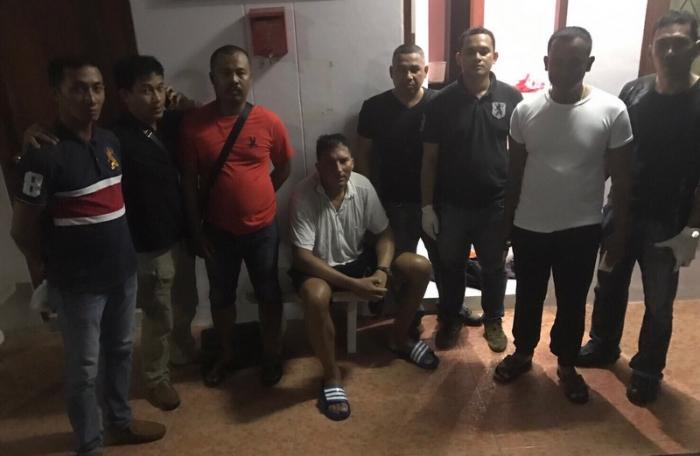 PHUKET: A Czech Interpol fugitive, arrested on Tuesday for allegedly spreading HIV in both Thailand and his home country, has been fined 1,000 baht (approx US$ 35.00) by a Phuket Court for overstaying his visa by close to a year and a half.

Zdenek Pfeifer, 49, was arrested at his home in Cherng Talay, where a joint task force of Royal Thai Police and military officials awaited him after receiving information regarding his whereabouts (story here).

The maximum punishment for visa overstay is a 20,000 baht fine and/or two years’ imprisonment.

Cherng Talay Police Superintendent Serm Kwannimit said that Mr Pfeifer confessed to the charge of overstaying. He is still in custody on other charges, some of them dating back to 2014.

Mr Pfeifer tested positive for HIV in 2014, and since then has allegedly sought unprotected sex with at least 10 people – including a minor – in the Czech Republic, and several others since his arrival in Thailand.

Due to lack of availability of flights yesterday, Mr Pfeifer will be flown to Bangkok later today for processing of the several charges filed against him.

Manhunt for Phuket hit and run killer is underway