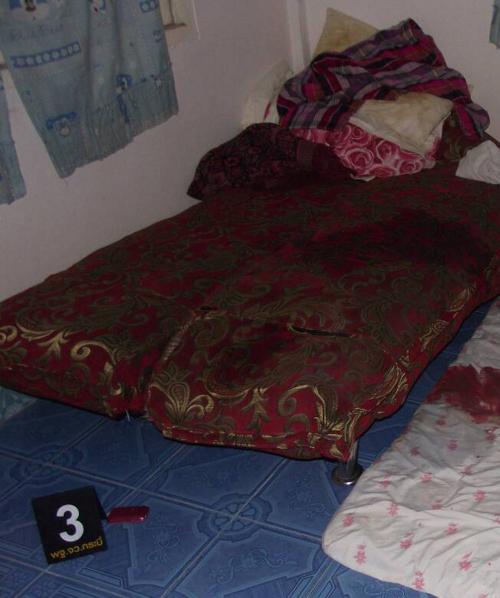 PHUKET: A man out on bail for murder is charged with killing again and is being sought by Krabi Police for slaying his stepson’s wife and toddler.

Police in the Khao Phanom District of Krabi received word just after midnight last night that two people had been shot dead in Phru Tiao subdistrict.

When police and rescue workers arrived at the scene, they found the bodies of Siripan Noorod, 24, and her 19-month-old son Autthakorn Noorod lying near each other on a mattress on the floor.

“Mr Samran is the stepfather of Ms Siripan’s husband. He had quarreled with his wife and she left their house. He thought his wife might be at Ms Siripan’s house, so he went looking for her there.

“When Ms Siripan told him that his wife wasn’t there, he became angry and shot her and her son before running away,” Col Somkid said.

“He was sentenced to 20 years in prison, but was out on bail as he had appealed the decision,” he said.

“Krabi Provincial Court has issued a warrant for Mr Samran’s arrest and police are searching for him in the Krabi area,” Col Boontawee added.

“We found his pickup truck in front of his house, but that’s it so far,” he added.