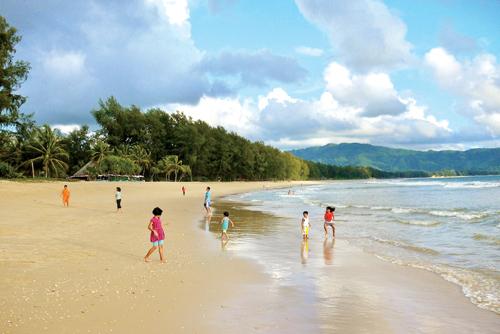 PHUKET: The island fell one spot to 3rd in the Top 10 Holiday Destinations in Asia list of this year’s “Smart Travel Asia Awards”, which was based on an Internet travellers’ choice poll that ran from May to July.

Although Bali narrowly edged Phuket, just like last year, the Indonesian leisure hub didn’t have highest honors this time, as there was a new category topper – Bangkok, the Thai
capital surging to the top this year from 5th last year.

Commenting on the poll results and methodology, editor of SmartTravelAsia.com, Vijay Verghese, said: “Once we cleared the air of enthusiasts who simply love voting for their country, those following ‘team orders’ and a great many more tinkering incessantly – but unproductively – with proxy servers and robot voting programs, we arrived at other truths, no less important… Unlike many polls, ours is not paid for and there is no alarming nomination fee or arm-twisting for that gala dinner. This is about research, not razzmatazz.

Retaining its 5th spot in this category was Amanpuri, Phuket, who shared the honors with Four Seasons Resort Bali at Jimbaran (2nd last year).

Falling two spots from last year, the fourth Phuket property to make this list was Angsana Laguna Phuket, this year joint 23rd, sharing the honors with Pangkor Laut Resort and The Farm At San Benito, Philippines.

Amanpuri, Phuket triumphed to 2nd in the Top 25 Leisure Hotels & Resorts list, up two spots from last year. Taking the number one spot in this category is The Nam Hai, Hoi An, Vietnam – second last year, when The Peninsula Hong Kong was on top, though this year falling to joint-3rd along with The Opposite House, Beijing.

Up a spot from last year, the Twinpalms Phuket Resort was rated joint-6th with Grand Hyatt Bali and Sofitel Legend Metropole Hanoi.

Dropping a spot from last year, the SALA Phuket Resort and Spa made this year’s list joint-14th with the Centara Grand Beach Resort Samui and The Upper House Patong.

Moreover, two Phuket Hotels made the list for the Top 25 Conference Hotels: Angsana Laguna Phuket and JW Marriott Phuket Resort & Spa Angsana, which was 17th in the category last year climbed up two spots to joint-15th this year – level with Raffles Hotel Singapore, The Peninsula Shanghai and The Regent Taipei.

AirAsia and Jetstar Asia retained their number one and two spots, respectfully in the Top 10 Budget Airlines in Asia list.