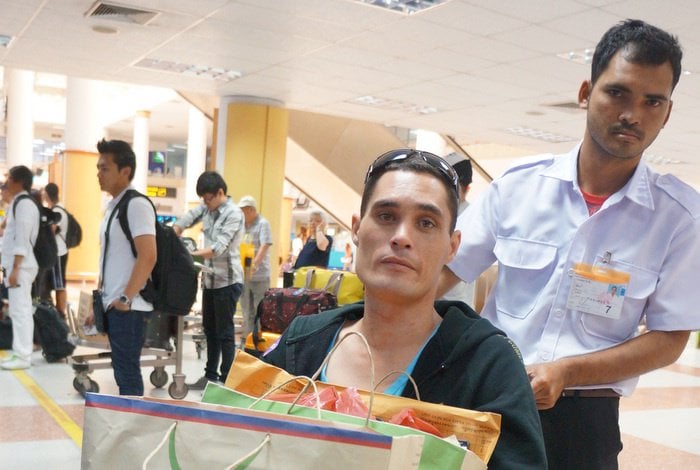 “If a tourist is not covered by insurance in their home country, they are setting themselves up for a difficult situation if they get injured while on holiday here,” said Phuket Governor Chamroen Tipayapongtada. “This is a very important issue, which I will raise with the Ministry of Foreign Affairs and the Ministry of Tourism and Sports.”

The topic of travel insurance was tabled at the meeting yesterday by Pornphan Sittichaivijit, the Royal Norwegian honorary consul.

“Travel insurance is one issue that is getting worse and worse, because Phuket has no way to deal with those who are unable to pay their hospital bills,” said Ms Pornphan.

However, from the cases we come across each year, only about 400 to 500 of these patients hold health insurance, explained Sirichai Silpa-archa, the director of Patong Hospital. The rest of them pay the medical fees out of pocket if they can. If they can’t, the facility is stuck with the bill.

Stories of fundraisers to cover the medical costs of friends and loved ones are not new to Phuket’s news pages. Dozens of stories roll in every year, and many more remain undocumented, about those travelling through Thailand who succumb to unfortunate circumstances and rack up enormous medical bills as doctors fight to save their lives.

One such example was New Zealander Sean Kenzie, who suffered extensive injuries after being knocked off his motorbike in Phuket. His medical bills spiraled out of control with essential lifesaving intervention costing nearly 400,000 baht (story here).

Authorities have made attempts in the past to promote travel insurance for tourists.

In 2013, the Ministry of Tourism and Sports was ready to implement a regulation to cut down on foreign tourists’ unpaid medical bills by imposing a compulsory travel insurance fee for all tourists entering Thailand. Such unpaid bills were putting a huge strain on cash-strapped public hospitals in major destinations, particularly Phuket, explained Dr Sirichai at the time.

Though the 500-baht on-arrival insurance scheme never came to fruition, it was recently picked up and dusted off in August this year.

“Those who travel to Thailand will be required to buy travel insurance, which would cover accidents or an incident like the explosion at Erawan Shrine in Ratchaprasong area on 17 August… tourists only received compensation from the ministry and financial supports from associations,” Kobkarn Wattanavrangkul, Tourism and Sports minister, told TTR Weekly.

However, Governor Chamroen explained that a simpler fix would be to require all tourists entering Thailand by air to have insurance before arriving.

“We need to have better coordination with the country of departure. Perhaps asking airlines to include insurance for foreigners booking tickets to Thailand would simplify the process. You would end up paying more, but you could save yourself form serious financial trouble,” Gov Chamroen said.

“Though making such changes is above my authority, I will do my best as the governor of Phuket to drive any necessary changes forward,” Gov Chamroen said. “I hope that I will have an update on this topic for next month’s meeting with the honorary consuls.”