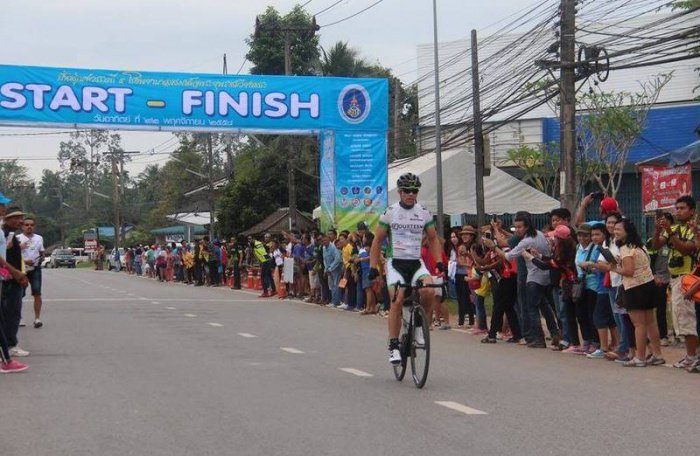 On a rolling, 85-kilometer course, Daniel was able to break away early with Pichet Puengrang, recent winner of the Thanyapura Classic, and another cyclist. They created a gap of three minutes, but then Daniel was able to escape alone and increase the gap to six minutes on a chase group of 30 riders.

Daniel eventually won with a margin of more than three minutes.

At the awards ceremony, Daniel was presented with a trophy by Suthep Thaugsuban, former deputy prime minister and self-appointed secretary-general of the People’s Democratic Reform Committee.

“It was a great feeling coming in alone after 35 kilometers,” Daniel said. “A big thanks to my family, team mate and to my coach Nick Gates for your support. And also to my sponsors: Fourteen cycles, Rotor Thailand, Kask Thailand, Swans eyewear, Revv Energy, Compressport Thailand, Bont Shoes Thailand, Thanyapura, Sports and Leisure Club and Jakina Customized.”