PATONG: Police are seeking two men who were seen fleeing the spot where a body was found strangled and lying face-down in the shallows at Patong beach on Sunday morning. From what officers have been told by a motorcycle taxi rider, they believe the dead man was aged 35, was probably gay and probably worked in a karaoke in Soi Paradise. A yellow nylon rope was still around his neck. The man was found in the water in front of the Royal Palm Hotel about 4:30 am and may have been killed just 30 minutes before that, said Pol Lt Col Boriboon Yusuksomboon, Deputy Superintendent of Kathu Police Station. “A witness said that he saw two men running away from the place where he found the body, but he said it was too dark to see what they looked like,” Lt Col Boriboon said. The body is now at Patong Hospital.

Police call for officer to turn himself in 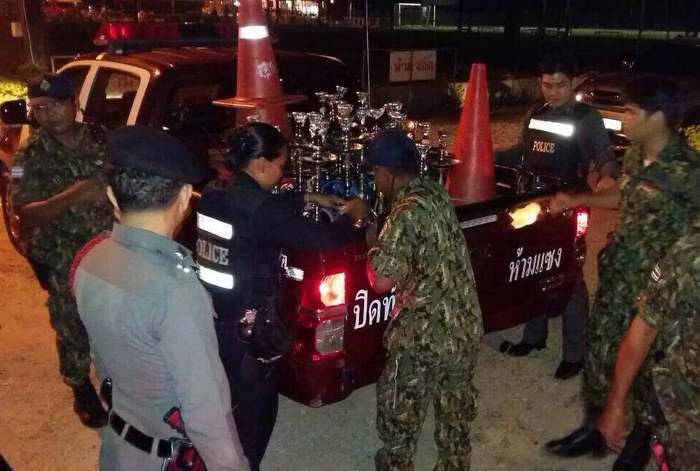