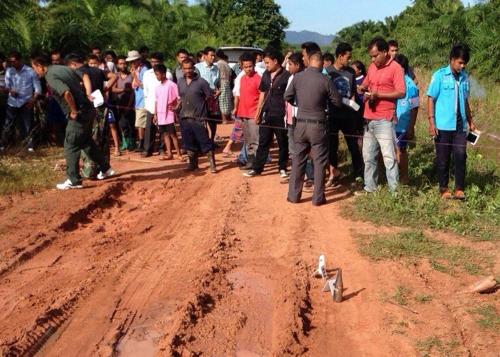 PHUKET: Krabi Police suspect a 19-year-old man was slain because he had become embroiled in an affair involving a jealous lover.

He had been shot once, in the forehead.

“We found an abandoned Honda Wave motorcycle parked nearby. We believe it belonged to him,” said Pol Lt Col Somkit Khaosung.

“We contacted his father, who told us Chokechai was last seen on the phone with a girl he loves, who lives in Khao Phanom District.

“After the phone call ended at about 5pm, Chokechai rushed out of the house [in Nakhon Sri Thammarat] and drove to Khao Phanom,” he added.

“He never returned. His father did not know that his son had died until we called him to inform him of the death,” Col Somkit said.

“The father believes the murder is connected to Mr Chokechai’s love affair. We are investigating further to find out exactly what led to his death,” he added.