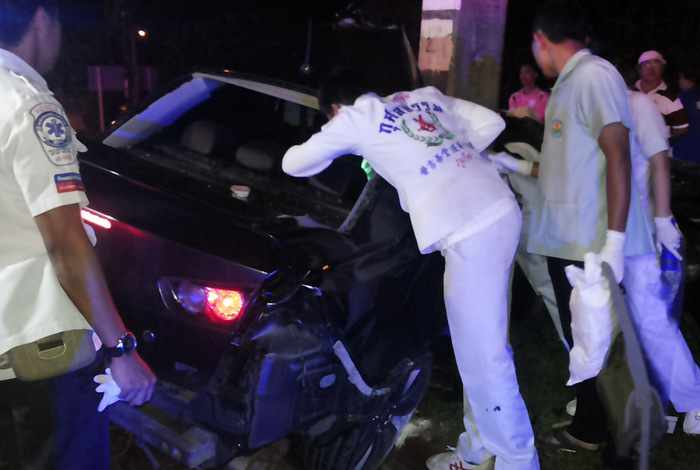 PHUKET: A 31-year-old man died after his car slid out of control on a wet road and slammed into a power pole at high speed in Koh Kaew late last night.

Lt Col Sanit Nookong and fellow officers of the Thalang Police arrived at the scene, near the Tha Ruea Shrine on Thepkrasattri Road, soon after 11:45pm.

“The driver, Nitikorn Jindapol, 31, was found dead inside the vehicle,” said Col Sanit.

“He was identified by his company ID card showing he was employed by Inter Far East Engineering Public Co Ltd.”

Witnesses told police that the car was heading northbound at high speed when the accident occurred.

“It was raining and the road was wet, and the car slid out of control and hit the power supply pole,” said Col Sanit.

“We have informed his relatives of the accident.”