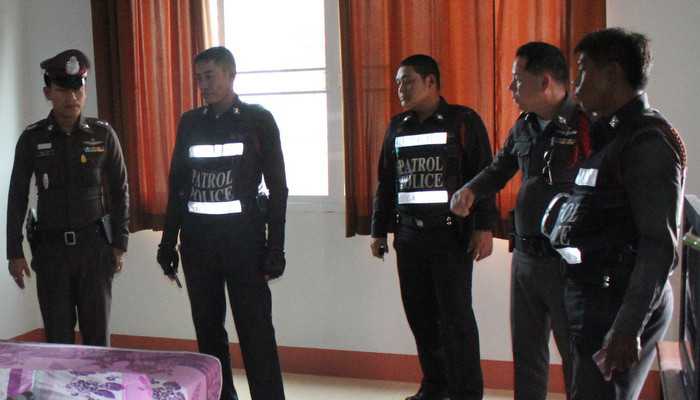 PHUKET: A man was found dead at his rented apartment with dried blood around his mouth on Friday morning, but police said there were no signs of a struggle.

“Thinnakorn Hormsai, 35, from Sakon Nakhon, was found dead lying in bed at his apartment on Narison Road in Phuket Town with blood stains around his mouth,” said Lt Col Kritsana Jannit of the Phuket City Police.

“All of his belongings, including his laptop and wallet, were still inside the room. There were no signs of violence.”

Police estimated that Mr Thinnakorn, who worked as a makeup artist, had been dead for about 10 hours.

“We were alerted to the incident by a friend of the deceased. The friend asked the apartment owner to open Mr Thinnakorn’s door after he failed to respond to calls or knocking,” Col Kritsana said.

Mr Thinnakorn’s body was transferred to Vachira Phuket Hospital where it will undergo a post-mortem examination to determine the cause of death.

No signs of Ebola in dead Briton in Phuket