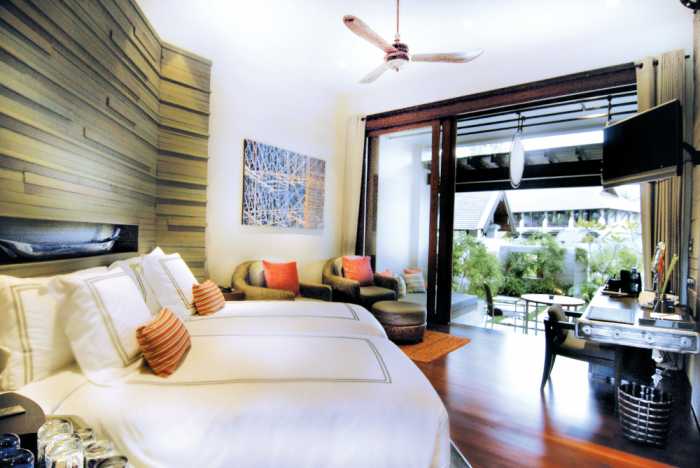 PHUKET: Indigo Pearl Phuket has added unique products, developed sales channels and worked with quality agents, as part of its strategy to capture the high-spending travel market. The hotel is the flagship property of the long-established, Phuket-based hospitality firm, Pearl Group.

Wichit Na-Ranong, owner of the hotel, said that since the group rebranded from Pearl Hotel at Nai Yang Beach to Indigo Pearl seven years ago on its 20th anniversary, the hotel has been able to reach out to high-end markets all over the world.

The hotel took several years to shift from a property with a medium price range to an exclusive resort, as it saw rising demand from the international market.

“We have invested a lot to upgrade this hotel to serve the high-end market. We also repositioned as a unique resort under the ‘tin mining’ theme and strengthened our marketing strategies,” Mr Wichit said.

It began with reducing its hundreds of rooms to just 170 suites with better facilities and amenities. Moreover, it began to work with only quality travel agents in order to attract big-spending guests.

Pearl Group has joined various overseas luxury and niche-tourism trade shows, as well as global events like the International Tourism Bourse in Germany and the World Travel Mart in Britain.Wichit said key markets for Indigo Pearl were Scandinavia, Britain, Germany, Australia and France.

The group’s first hotel in Phuket Town, the Pearl Hotel, is undergoing a major renovation set to be completed soon. However, key markets for that hotel remain regular locals and groups travelling from China and Asean nations.

Phuket has been developed for tourism over several decades and is becoming one of the most popular destinations on the global map. In 2004, 5 million foreign tourists visited the island. The number jumped to 12 million last year.

Businesses on the island have faced many crises, including political problems and the current tough competition, but many operators believe Phuket could become even more popular with tourists in the long term.

Sheraton to be new Emerald in Phuket luxury hotel market