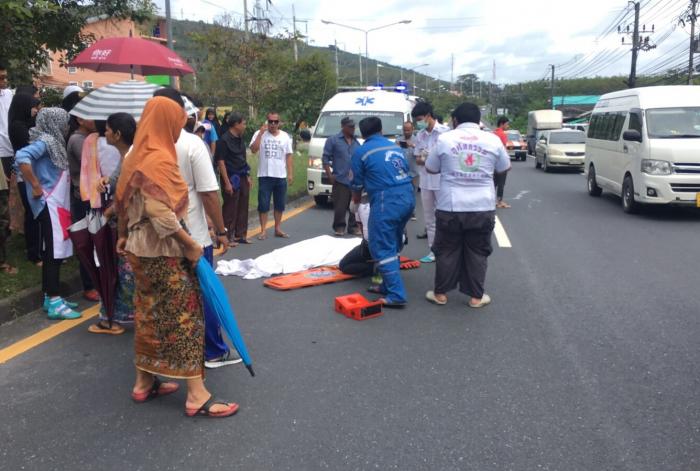 PHUKET: A Mai Khao pedestrian was killed after being hit by a car on Thepkrasattri Road in Thalang this morning.

“The body of 53-year-old Malee Chailek lay on the road in front of the Baan Mak Prok 7-Eleven. A slightly damaged Toyota sedan was also parked nearby,” said Lt Col Watcharin Jiratthikanwiwat of the Tah Chat Chai Police.

Witnesses told police that Ms Malee was not paying attention when crossing the road and that the car was speeding.

Ms Malee’s body was taken to Thalang Hospital for an autopsy.