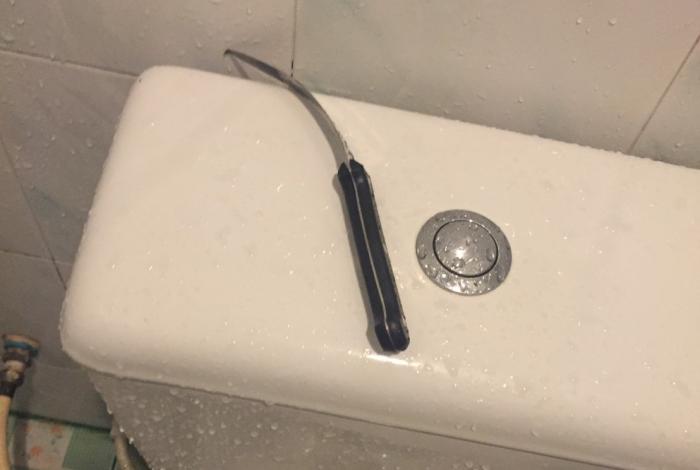 PHUKET: A ladyboy was arrested today for the murder of his friend in a Patong apartment, after the two had a falling out about money earlier in the morning.

Capt Yingyong Chuoykij of Patong Police arrived at the scene about 3:30am.

“The apartment door was locked and no one answered the door, so we had to break it down,” he told the Phuket Gazette.

“Inside, we found the 22-year-old suspect, named Prangtawat Sitthikarn, looking dazed and afraid. The body of the victim, named Parinya Ratchasan, lay in the bathroom with stab wounds to the chest.”

Mr Prangtawat confessed to killing Mr Parinya and admitted that the two were friends.

Mr Parinya had reportedly asked Mr Prangtawat for money to return home to Khon Kaen. Mr Prangtawat said he refused, as he had already loaned him 2,000 baht two weeks ago.

“This led to a heated argument between the two, during which Mr Prangtawat used an eight-inch knife to stab Mr Parinya twice,” confirmed Capt Yingyong.

“We believe he was under the influence of ya ice (crystal methamphetamine), which was also found in the room.”

Police said that a second ladyboy, named Chawalit Chomkunthot, was asleep in the room during the incident, and woke up to see Mr Prangtawat holding the bloody knife.

“Mr Chawalit said he ran out of the room and shouted for help,” said Capt Yingyong.

Officers confiscated the knife and drug paraphernalia from the room as evidence.

Mr Prangtawat was charged with murder and taken to Patong Police Station for processing.