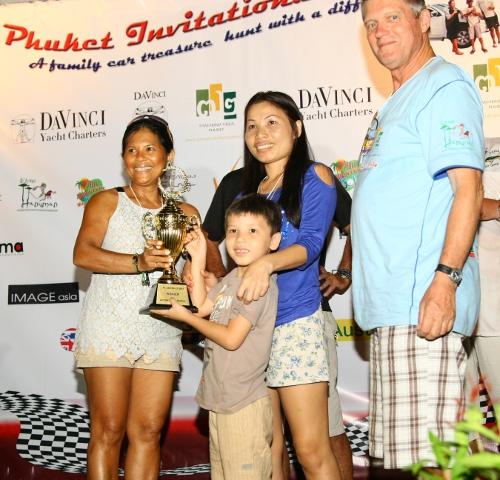 PATONG: Local Democrat MP Chalermlak Kebsup today called for a commission to be set up to determine local farmers’ rights to own land that they claim to have occupied before it was declared Forest Preserve or Zone C land – declarations that led to it being issued with SorPorKor 4-01 land occupation papers. K. Chalermlak said that people in Phuket were confused about SorPorKor land papers and about the current investigation. News reports, she said, had stated that the papers for many pieces of land occupied by local farmers would be revoked. “Talking to many villagers, I know they are curious about what the government will do with land on which it revokes the papers,” she said. “Many of these people owned their land before the Zone C announcement,” she pointed out. “I’d like the government to set up a committee to investigate villagers’ rights to own land. “They have made a living on the land for a long time so it would be better if the government gave them the land instead of [taking it away and] allocating it to other people who have never worked this land before.” K. Chalermlak was speaking after a meeting organized by the Agricultural Land Reform Office (ALRO) at the Patong Municipality Office, where ALRO Chief Surasak Saeng-aram addressed some 100 worried locals. K. Surasak explained the ins and outs of SorPorKor land and answered questions from the farmers. Afterward, he said he felt that the meeting had helped people to understand the issues more clearly and had alleviated their worries. He added that he would be happy to hold similar meetings anywhere in Phuket, if requested. “There’s been a chronic problem [for many years] of people demanding the right to own land that they say they occupied before the Forest Preserve and Zone C land announcements,” he added. K. Chalermlak agreed that the gathering had been helpful in clearing up farmers’ confusion. “Before today, people worried that the ALRO officers were trying to seize their land, so it was good that they arranged this meeting to explain what they are doing.” Jamnian Eiamsa-ard, 66, who has just under 28 rai of SorPorKor land in Patong, told the Gazette that he had gone to the meeting because he was worried about what would happen. Now, however, he understood that there was no problem with his land and that his name did not appear on any list of land papers to be revoked. “I’m a real farmer,” he said, adding that he became worried when investigators interviewed him. “I came to [today’s meeting] to hear about SorPorKor land matters and I understand things much better now.”