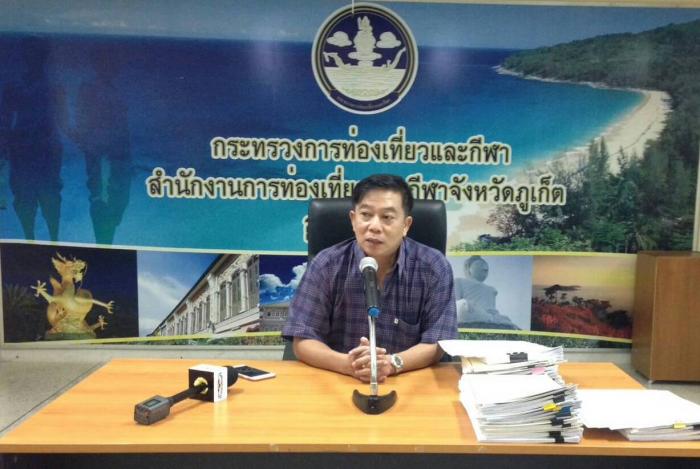 “The order will come into effect on June 8 but until then, it’s business as usual,” Mr Santi told the Phuket Gazette today.

Mr Santi is from Lopburi Province, and has been working in Phuket since 2012. He actively looked over the management of the tourism industry in its entirety in 2014, and also led the Tourist Assistance Center located at Phuket International Airport as well as the Tourism Business and Guide Registration Office.

The 2016 plan for tourism (story here) was his brainchild, in addition to his efforts to crack down on illegal workers (story here).

He was also the man behind the ban on independent diving excursions in Phuket and Phang Nga, following a government move to tighten regulations and increase accountability in the previously self-regulated industry (story here).

Mr Santi stressed that maintaining the quality of service of Phuket’s tourism industry after his departure was important. He requested tour operators to make the safety of tourists their top priority. “I wish the new director and my colleagues all the best for the future,” concluded Mr Santi.