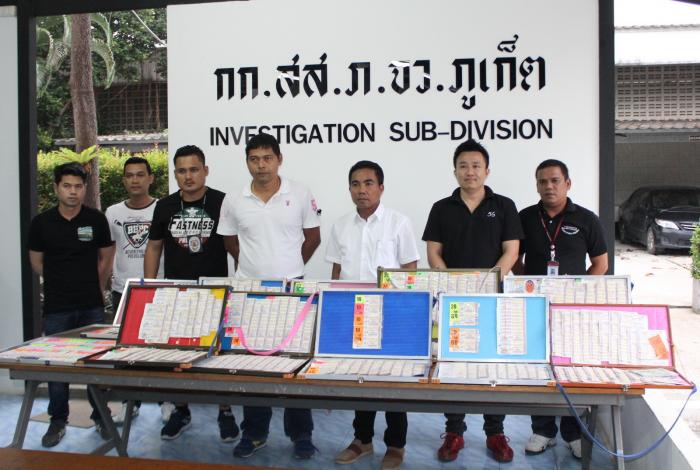 PHUKET: Over a dozen people suspected of selling overpriced lottery tickets were arrested all over Phuket yesterday.

Col Akkanit Danpitaksat of the Phuket Provincial Police led the investigation team, which arrested 17 vendors alleged to be selling lottery tickets for a higher price than they are worth.

“We patrolled 21 venues that locals had complained about, “said Col Akkanit. “They will either spend a month in prison or be fined 10,000 baht, or both.

Lottery tickets are priced at 80 baht each, but the police say these vendors were selling them at 100 baht.

Col Akkanit added that the police will continue the raids, and urged the public to inform them of anyone else suspected of selling the tickets at an inflated price. Phuket Provincial Police: Tel: 076-212 046.