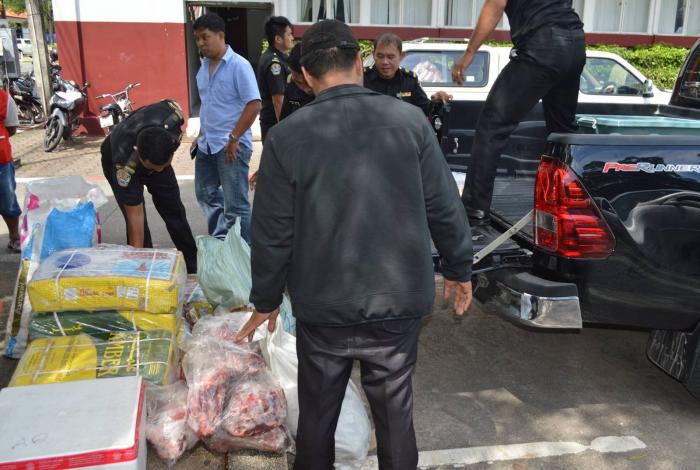 PHUKET: Over a tonne of illegally imported meat from India was seized in Rassada yesterday.

The 1,342 kilograms of what officials believe to be buffalo meat was seized at about 1pm, along with two men named as Barorkat Thorthip and Chaiyong Kongchamnan.

“The Department of Livestock policy states that local authorities keep tabs on imported products,” said Mr Pornchai. “We were eyeing two locations that seemed to be suspicious and decided to make our move.”

“During our first raid we found Mr Chaiyong in a house with 300kg of the meat, while the second raid was of a company named Andaman Meat Supply Co Ltd, where Mr Barorkat and the additional 1,042kg of meat were found.”

Mr Pornchai confirmed that all of the meat will be destroyed.