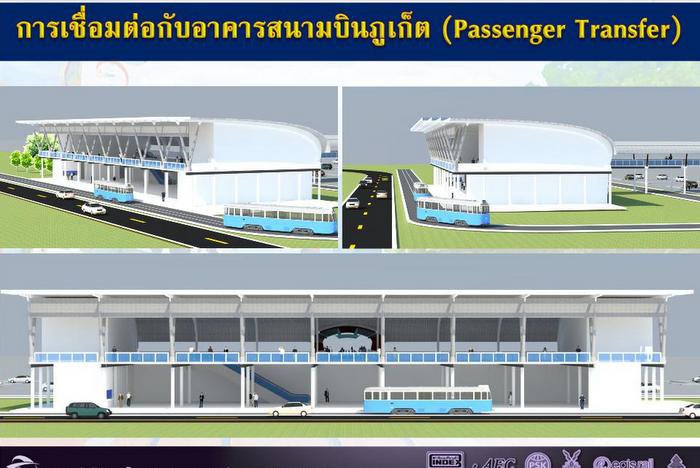 PHUKET: Island-dwellers can have their say about the light-rail project in a public hearing at Queen Sirikit Park in Phuket Town on Thursday.

The news follows a meeting with Sirigate Apirat of the Office of Transport and Traffic Policy and Planning yesterday about the light rail.

It was decided yesterday that there would be an extra stop added in Mai Khao – bringing the total to 21.

“The details are being drawn up. We have to finalize the plan and make sure that locals are satisfied with it before we proceed,” said Mr Sirigate.

“We will work with local authorities and hold open meetings for locals to attend so they can speak their minds about the project.

“We will inspect the six stops slated for Phuket Town on Thursday, then we will hold a small public meeting at about midday at the 72nd Anniversary Queen Sirikit Park.”

Experts at the meeting yesterday expressed their concerns about changes that would have to be made in Phuket Town for the light rail.

“These stops are in the heart of town, where there are so many people living. Traffic is already a huge issue there,” said Mr Sirigate.

“We are also considering the effect this project will have on the beauty of the island, so we will not allow cables to be installed in Phuket Town or at the Heroines’ Monument. Those sections of the light rail will be battery powered.”

Phuket City Police Deputy Superintendent Teerawat Leamsuwan noted that massive processions of ma song and Vegetarian Festival revellers use the main streets in town every year, a point Mr Sirigate said would be discussed further with the light-rail project team.

A previous meeting for the project was held earlier this month, during which changes to the train’s route and adjustments to traffic directions in Phuket Town were announced (story here).

An additional change to traffic flow was announced yesterday, which will see Phuket Road between Rassada Road and Kra Road turned into a one-way street, from south to north.

Traffic will be able to head south on Dilok-Uthit Road.