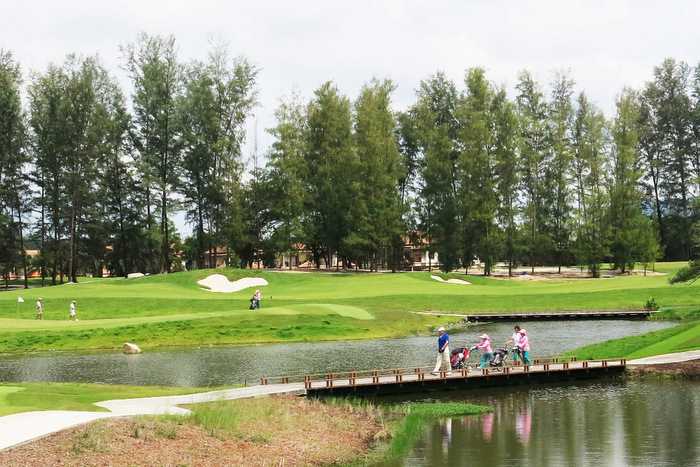 PHUKET: The revamped Laguna Phuket championship golf course, which officially re-opens on January 1 after a full makeover, now has a “real sense of place and belonging” according to its designer, Paul Jansen.

The former lead architect for Faldo Design, who created Laguna Phuket’s award-winning sister course in Vietnam, says the layout retains much of its former character and appeal, but has been dramatically improved aesthetically and strategically.

“In making changes to the original course [which first opened in 1993], I wanted golfers to explore the property and discover its outstanding features,” he says.

Jansen pays special tribute to the construction team, including Mark Lawson and superintendent Blair Pratt, who have helped ensure that the course requires “thinking golf”.

“The best golf courses have a character all of their own and require golfers to think their way around the site. Laguna Phuket certainly has all this,” Jansen explains.

“At 6,719 yards from the back tees, it isn’t long by modern standards, but is strategic enough to challenge better players and provide enjoyment for resort golfers. So it ticks all the boxes. It’s definitely not a ‘bombers’ course”.

“We put great emphasis on contouring the land to add strategic and visual interest. This is another way of making players think about their shots.”

The project, which has revitalized the layout that hosted the 2009 Thailand Open, required some fairways to be re-graded and raised to help with drainage, while strategic tree clearing has opened up views of the surrounding mountains and numerous water features have been rejuvenated and visually highlighted.