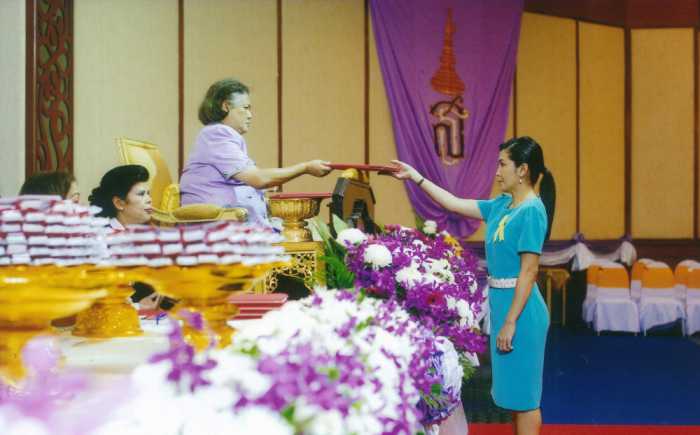 PHUKET: Her Royal Highness Princess Maha Chakri Sirindhorn, as the executive vice-president of the Thai Red Cross Society, has awarded a Certificate of Honor to Laguna Phuket in recognition of its long-term contribution and commitment to the Red Cross blood-donation program.

Since 2003, Laguna Phuket has donated 1,376,550cc of blood from 3,059 associates who have participated in the resort’s quarterly blood-drive program.

Director of Community Relations Prae Sunantaraks accepted the Certificate of Honor at the awards ceremony, held at the BP Samila Beach Hotel on September 23

At the ceremony, 877 donors from the Provincial Red Cross Chapters in regions 11 and 12 received first-class medals of appreciation, certificates of honor and pins of appreciation for giving blood 36 times and 108 times, respectively, during 2012-2013.

Off the ball: The Broncos lose the battle against the Patriots