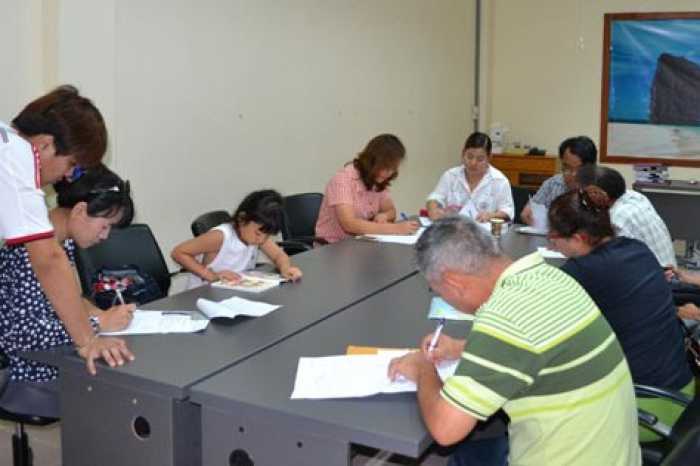 PHUKET: A group of shrimp business operators east of Phuket have filed a complaint against their buyer, claiming they have been cheated out of a collective 30 million baht.

The 13 operators turned up at the Krabi Damrongtham Center (ombudsman’s office) to file the complaint against shrimp trading company Sor-Mana yesterday morning.

“We haven’t received any payment since the deal was made. When we tried to call and follow up, we were unable to reach anyone,” said Rungthip Kachapol, one of the 13 operators.

Another operator, Manoon Chaiyasuk, explained that Sor-Mana was a well-known trader, and that business deals had been carried out based on trust for many years.

“Sor-Mana has been doing business in Krabi, Phang Nga and Phuket for more than 20 years. We let them credit their payment based on a promise that they would pay us later – there is no contract involved. It is based on trust,” Mr Manoon said.

“However, over the last week, the office has been closed and we have had no way of contacting the owner.”

The operators claimed that they are owed more than 30mn baht for the transaction.

Teera Choocherd, chief of the Krabi Damrongtham Center, advised the operators to file their complaint with local police.

“This is a criminal case. Police can call the owner of Sor-Mana in for questioning and if the owner refuses to show up, the police can request an arrest warrant,” Mr Teera explained.