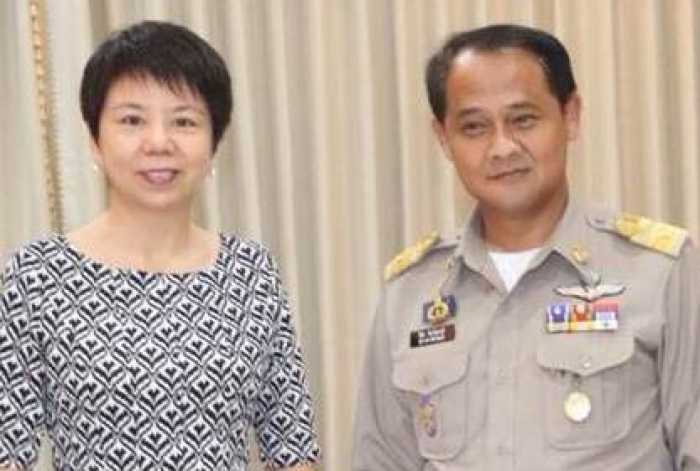 PHUKET: The long search for a home for the Chinese consulate in Phuket has come to an end, it was announced yesterday.

The new consular office will be open by the end of the month, said Wang Huijian, who will be stationed there as the vice-consul general and director . It will be in the Royal Place project, the same area as the French consulate, on the bypass road.

The consulate is expected to provide much-needed support for Chinese in Phuket and improve their safety, which was a top concern raised during a meeting between Ms Wang and Governor Nisit Jansomwong yesterday.

“Millions of Chinese came to Thailand last year, and about 1mn of them came to Phuket,” Governor Nisit said. “Having a consulate in Phuket, in addition to the one in Songkhla, will ensure that it is easier and faster for Chinese nationals to get the help they need.”

The proposal for the consulate was approved last year. However, determining its location and hiring personnel has taken about a year (story here).