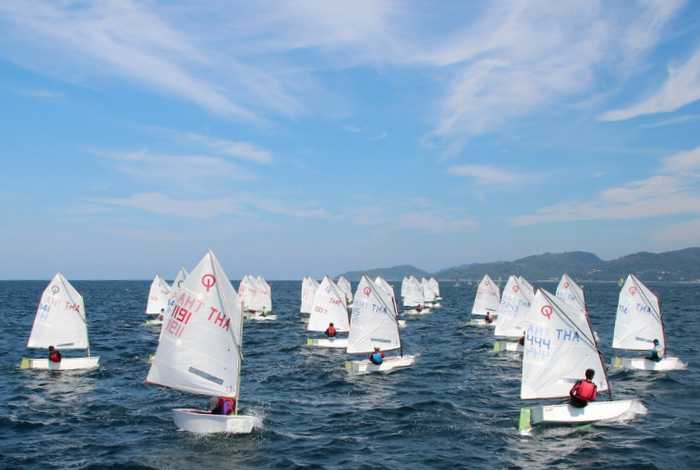 PHUKET: Sailing season will kick off this weekend at Cape Panwa when a fleet of more than 20 Optimists and Lasers set sail today in the Phuket Dinghy Series 2014, ahead of the Phuket King’s Cup Regatta to be held in December..

The Series race will start at Cape Panwa in front of the Sailing Club of the Royal Thai Navy Third Area Command Base at 11am. Depending on weather conditions, three back-to-back races will be held today and another three races tomorrow. The next, and final, race of this year’s series will be held at Kata Beach on the weekend of November 29-30.

After five years of racing, the Optimist fleet are no longer beginners, but intermediate and advanced sailors. Many have done well at the national level and continue to develop race after race.

Qualified, top sailors are expected to race a large fleet of International Dinghy Class in the Phuket King’s Cup Regatta during the first week of December when competitors will flock from national and international locations to take part in the renowned sailing event.

The popular dinghy series races with full support from PTT Global Chemical who recognizes the potential of Thai youth in sailing sports.