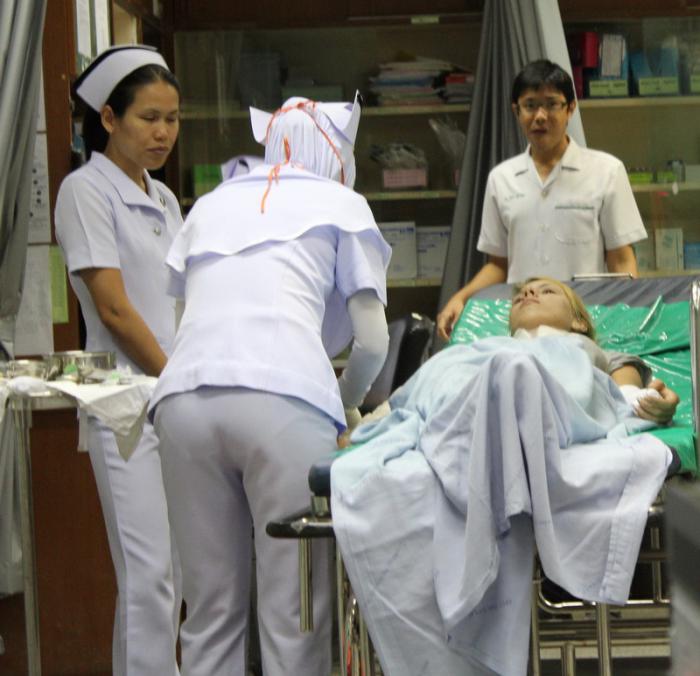 PHUKET: The Russian kidnapping victim who was recovered alive, Iana Strizheus, caught a flight from Phuket back to Russia last night.

“She has given her statement to police and been presented to the judge. Therefore, she is free to go home,” Phuket Provincial Police Deputy Commander Arun Kaewvatee told the Phuket Gazette this morning. “This changes nothing for our investigation.”

The 22-year-old woman was found lying on a bed in the Blue Garden Resort and Spa on March 16 with deep cuts to her neck and right wrist (story here).

Ms Strizheus’ boyfriend, Alexey Slabinskiy, is still officially missing. However, police are confident based on the evidence, including dental records, that the body found in Cherng Talay last week is his (story here).

“We are waiting for DNA results from the Forensic Office in Surat Thani to confirm whether or not it is him,” Col Arun said.

Police continue to search for the two main suspects in the kidnapping, Russians Oleksandr Boychuk, 44, and Aleksandr Novichkov, 58 (story here).

Phuket Lake Filling: A sneak behind the watershed