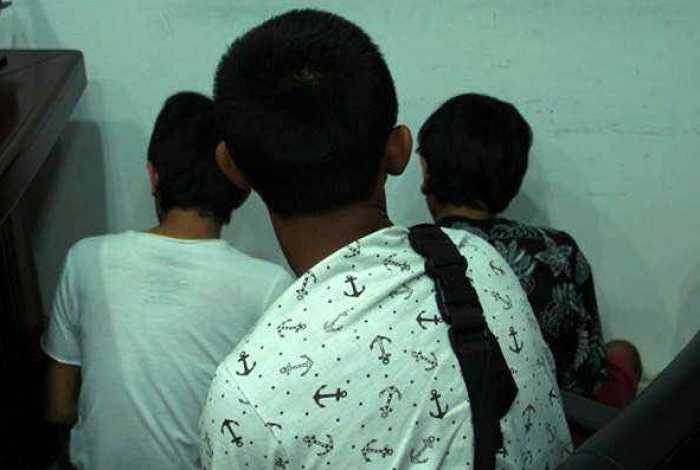 PHUKET: Police have arrested three teenagers and are searching for the gang’s alleged female ringleader after a failed bag-snatch attempt in Karon left an Italian tourist injured.

Italian tourists Herbert Wunderer, 49, and Karin Katherina Albert, 54, were walking back to their hotel after midnight on Monday when five youths on two motorbikes pulled up alongside them, said Lt Col Sophon Borirak of the Karon Police.

“One of them [a teenager] tried to take Karin’s bag,” Mr Wunderer said in his statement to police.

“I tried to stop them, but one of them used a knife to slash my left shoulder.”

People nearby ran to assist the Italians, forcing the teenagers to flee, Col Sophon explained.

“We checked CCTV footage, and could see the suspects heading toward Chalong Circle after the crime,” he said.

By 3am, the officers had three of the teenagers in custody, for whom police used the monikers Mr Benz, 16; Mr Pond and Mr Johnson, both 17.

Mr Benz and Mr Pond were arrested at separate addresses in Rassada, while Mr Johnson was arrested in front of Muang Phuket Municipality School in Phuket Town.

Mr Johnson, who police identified by CCTV footage as the one who slashed Mr Wunderer, was found in possession of a knife believed to have been the one used in the crime, Col Sophon noted.

“The three teens confessed to committing the attempted snatch, and named Sukkanya Saetiew, 25, as their ringleader,” Col Sophon said.

The teens face charges of gang robbery at night and assault.

“Although five suspects were initially wanted for the attack, we have since confirmed that one of the five was only a witness to the crime,” said Col Sophon.

“We are now searching for Ms Sukkanya.”

The attack on Monday closely resembled a botched bag-snatch in Kata in 2012 in which Australian tourist Michelle Smith died after being stabbed while defending her bag (story here).

The two men found guilty for that attack – Surasak Suwannachote, who confessed to stabbing Ms Smith, and Surin Tadthong, who confessed to operating the motorbike used in the attack – were both sentenced to life in prison (story here).