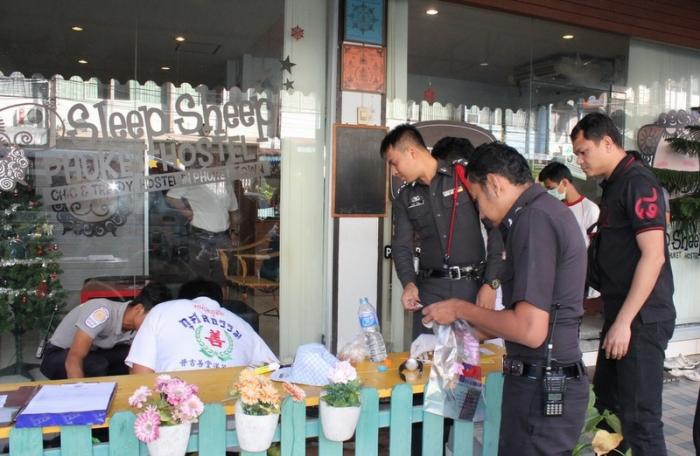 PHUKET: Police believe a drug overdose may be the cause of death of a Myanmar man whose body was found outside a Phuket Town hostel this morning with drug paraphernalia nearby and a white power in his shirt pocket.

Police are now testing the white powder and investigating the cause of death.

“We received the report at about 8am and went to the scene to investigate. The victim, named Yan Jern Ming, 30, had his migrant worker ID with him,” said Capt Ronnaphum Permpoon of Phuket City Police.

“He was lying face-up on the ground, while a shoelace, syringe and needle were also found nearby and another shoelace was found in the trash bin. There was also some money and a white powder in his shirt pocket. On his arm, we saw three needle puncture wounds with some blood around them,” Capt Ronnaphum added.

The body was taken to Vahcira Phuket Hospital for further examination.

“According to a staff member at the hotel, Mr Yan had checked into the hotel on January 10 and was due to check out on January 31. He had previously told the hostel housekeeper that he had come to Thailand to find a job as a tour guide, but had not been able to find employment yet,” said Capt Ronnaphum.

“We have yet to conclude the cause of death, but so far, the evidence points to a drug overdose,” he added.