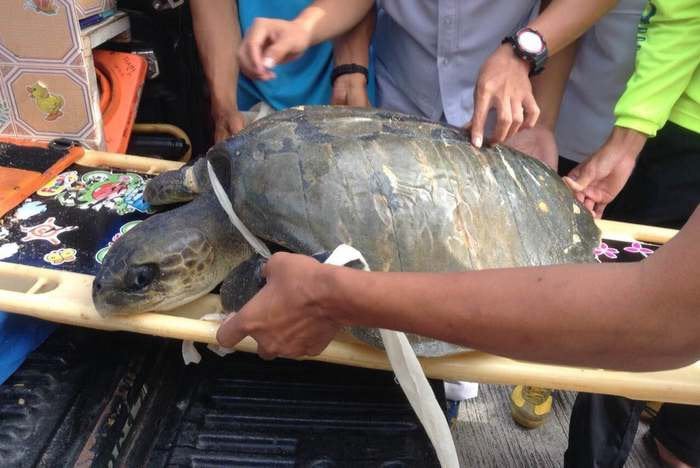 Kusoldharm Foundation rescue workers were called to the scene by hotel security at about 7:30am.

Hotel employees had already helped free the turtle from the net by the time rescue workers arrived.

“The turtle weighs about 20 to 30 kilograms, and has sustained an injury to its front left flipper,” said Wirat Mapoom of the Kusoldharm Foundation.

“Rescue workers on the scene covered the turtle with a wet towel and transported it to the Phuket Marine Biological Center in Cape Panwa.”

Mr Wirat told the Phuket Gazette that the majority of turtles that rescue workers are called to help with are tangled in fishing nets on or near the beach.

“Although we often are able to send injured turtles to the PMBC, some turtles are found dead on the beaches before we arrive. I hope this one survives,” Mr Wirat added.