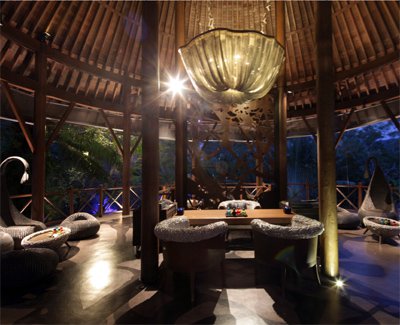 PHUKET: Leading luxury Phuket resort Indigo Pearl was honored recently with the Spa Design of the Year award for its Coqoon Spa at the prestigious AsiaSpa Awards 2011 held at The Mira Hotel in Hong Kong.

The seventh annual AsiaSpa Awards are presented by AsiaSpa, the only magazine in Asia entirely dedicated to the pursuit of complete well-being.

The AsiaSpa Awards were created in 2005 to give recognition to the most sensational spas in Asia.

Highlighting quality and innovation, essential ingredients found in the world’s best spas, the AsiaSpa Awards are regarded as a benchmark of excellence, recognizing exemplary talent, products and services in the spa industry.

The Coqoon Spa, which opened in February 2011 received recognition for its uniquely styled Garden of Eden design concept.

The Spa Design of the Year represents the fourth award Indigo Pearl has won this year for its innovative design and is a further demonstration of the consistent success of the resort.

The designer suites and cutting edge Coqoon Spa are the work of leading Bangkok-based designer Bill Bensley who is best known for his holistic approach of integrating structures with nature while embracing local art forms.

The spas architectural pièce de résistance is The Nest, a luxurious treatment suite hovering 10-meters up in the branches of an ancient banyan tree bringing guests up close and personal with nature.

Mr. Kelly Lewis, General Manager of Indigo Pearl, said “We are thrilled to be awarded with Spa Design of the Year for the Coqoon Spa. It is a great acknowledgment for the incredible team we have in place and our designer, Mr Bill Bensley, who has created such an inspired and innovative design”.

Here guests can stay for up to 3-days to follow a tailored program of health, wellness and nutritional advice and therapies.

The treatment menus at Coqoon Spa are steeped in Thai tradition whilst embracing holistic ideals in the pursuit of better health and wellness. Guests may choose from a range of aromatic body treatments, scrubs and wraps, Anne Semonin facial treatments, hand and foot care, and beauty treatments. Rare plant essences, Andaman elixirs and Thai herbal spices excite the senses and rejuvenate the mind, body and spirit.