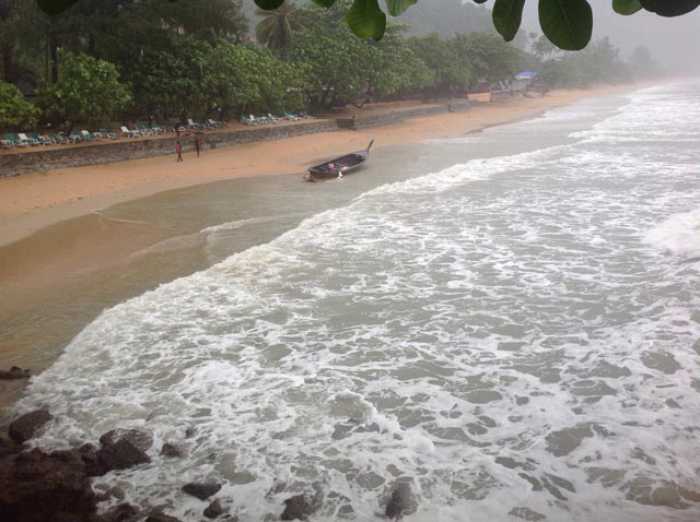 PHUKET: Two Indian tourists travelling in a rented longtail boat drowned off the coast of Railay, east of Phuket, yesterday after a large wave swamped their boat and washed them overboard.

The tourists, Yash Agarwal, 27, and Pankhuri Mittal, 26, rented a longtail boat to take them from Railay to Ao Nang at about 4pm.

“They hired me to take them to Ao Nang. It was raining, but the waves weren’t strong near Railay. I thought it would be safe,” said Mr Ekkapong.

“We were about 100 meters from the shore when we were hit by a big wave.”

The passengers chose not to wear life jackets, even though they were provided on the boat, Mr Ekkapong added.

“Once the boat filled with water, I could not see them, so I decided to swim to shore to get help,” he said.

Rescue workers from the Ao Nang Administration Organization (OrBorTor) and staff from nearby resorts scoured the stormy seas for an hour before they were able to find the couple.

“It was very tough to find them because of the rough conditions,” said Capt Praphan.

Mr Ekkapong waited on the shore until police arrived.

The bodies were taken to Krabi Hospital. The Indian Embassy has been informed of the deaths.