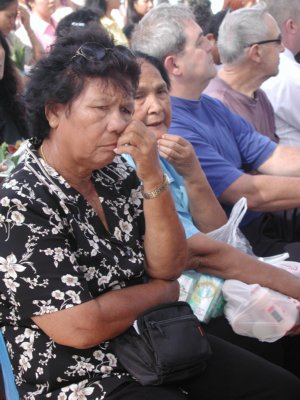 PATONG: More than 700 mourners joined local dignitaries for the tsunami memorial ceremony held at Loma Park this morning, two years after the tsunami struck the beach there.

The ceremony, led by 99 monks from nearby Laem Petch Temple, was mostly conducted in silence, with only the sounds of the monks praying and the waves on the beach to be heard.

Many of the onlookers brought food and gifts for the monks as an exercise in merit-making.

Memorial services will continue this evening on Patong Beach, as well as at Kamala Beach and Khao Lak.

Impact of investment crash “too early to tell’