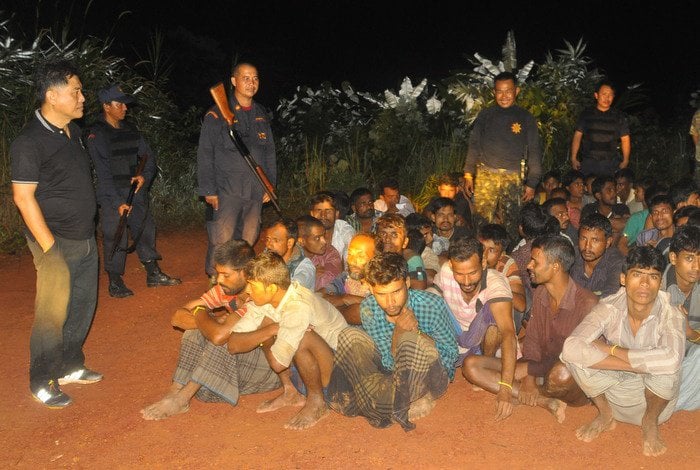 PHUKET: Human trafficking charges were dropped against three men who confessed to illegally smuggling 53 people from Myanmar to Thailand.

The Takuapa Provincial Court judge said that the prosecution lacked sufficient evidence to prove that Phoowarin Boonlieng, 18, Prakob Mard-Ardum, 43, and Songphol Klaimee, 20, had used ‘means of the threat or use of force, abduction, fraud, deception, abuse of power, or of the giving of money or benefits to achieve the consent of a person having control over another person in allowing the offender to exploit the person under his control’.

“The judge said that claims made by the refugees were not strong enough to press charges for human trafficking. Additionally, the court dropped the charge for trading a minor, as he explained there was no way for the defendants to know that they had minors as part of their cargo, as they didn’t speak Thai,” explained Takuapa District Chief Manit Pianthong.

The men were handed the maximum penalty of five years imprisonment. However, because they confessed to the crime, their sentence was halved.

The men were arrested as they attempted to smuggle more than 80 migrant workers through Takuapa District in Phang Nga last year. Of the more than 80 refugees, officials managed to grab 53 (story here).