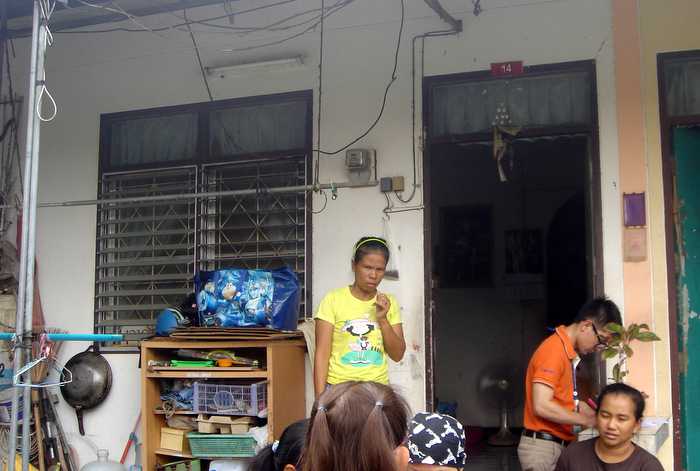 PHUKET: Patong hotels have failed to reply to government appeals to provide assistance to the beach business staffers who were made redundant through the Phuket clean-up campaign, say officials.

“We have sent letters to many big hotels asking for their co-operation by providing space on their properties where unemployed vendors may work, but we have yet to receive any reply,” Kathu District Chief Sayan Chanachaiwong told the Phuket Gazette.

The news follows as the Kathu District Office winding down its project to receive complaints – and suggestions – from the staffers about their forced eviction from Patong Beach by the Army and how the situation of the workers could be improved.

By sundown yesterday, the Kathu District Office ceased receiving feedback from the public about the predicament of the out-of-work staffers, after extending the deadline twice since late August (story here).

In collating their feedback, officials visited the meager rental accommodations of many of the out-of-work staffers living in the resort town. The staffers’ rented rooms stand in stark contrast to the upscale homes of those who held the multi-million baht contracts to rent beach land (story here).

“We need to know every single problem first, then we can help with what’s really necessary,” Mr Sayan Chanachaiwong told the Gazette.

“We’re aware that many are facing financial problems. Some of them have to pay for their children’s education, or have debts to pay.

“The District Office will provide letters to schools and to creditors asking for them to postpone deadlines for payments while the vendors have no income.”

However, Mr Sayan explained that his office was limited in the help it could provide.

“We don’t have the authority to permit people to use public land (story here). All we can do for now is provide basic assistance for immediate needs,” he said.

Mr Sayan noted that he had yet to be officially informed of any deadline for the District Office to compile the feedback and forward its recommendations to the Phuket Governor.

“We only saw the copy of the order that Ms Jarinthorn showed us [yesterday],” Mr Sayan said. “The copy was dated September 12 and said that the Kathu District Office had 15 days to present its recommendations to the Governor.

“But we still have yet to receive the official order from the Governor’s Office.”

Jarintorn Chipkae and other Phuket beach vendors sent a formal request to HM King Bhumibol Adulyadej on July 21 appealing for help and to restore what they called the “right” of the vendors to work on public beaches.

That request prompted the Royal Household to formally ask that the Phuket Provincial Office to investigate the plight of Ms Jarinthorn and her fellow beach vendors.

However, Mr Sayan noted that Ms Jarinthorn had not registered with the District Office to receive any kind of assistance.

“But still we have to help her,” he said.

Beach vendors affected by the cleanup campaign can still register with District Office for assistance, he added.

“No deadline has been set. Beach vendors can still apply to receive help from us,” an official at the Kathu District Office confirmed to the Gazette.