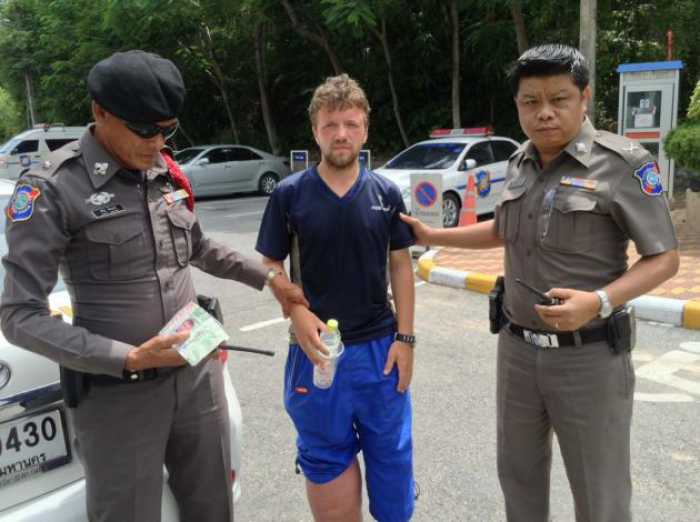 German ‘beggar’ to be deported
The Nation / Phuket Gazette

PHUKET: The Immigration Bureau will begin the process of deporting a German who was found enjoying the nightlife in Pattaya after begging for money on Bangkok streets.

Benjamin Holse, 29, claimed his passport and cash were stolen during his trip to Thailand.

He attracted much sympathy, partly because he has an excessively swollen leg due to a congenital condition.

However, Holse sneaked away from a Bangkok hotel that a German foundation arranged for him to stay in while waiting for a new passport this week. He was later found enjoying himself in Pattaya (story here).

Tourist Police picked Holse up in Pattaya on Thursday and his case sent to the Immigration Bureau.