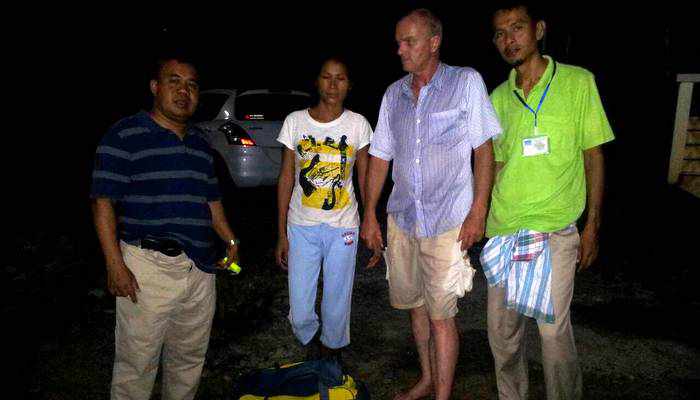 PHUKET: A homeless British man and his Thai girlfriend were picked up by police early this morning after they were discovered sleeping rough in Phuket.

Alarmed villagers called police after the couple were discovered huddled together in front of a Cherng Talay house, Sub Lt Jira Cherdchay of the Cherng Talay Police explained.

“At the house when we arrived, we found 53-year-old British national Mark White from London with his 39-year-old girlfriend,” Sub Lt Jira told the Phuket Gazette.

“He told us that they had been been locked out of their rented accommodation by the owner because they were unable to pay their rent. They then decided to walk to Cherng Talay to look for Mr White’s friend, but couldn’t find him.

“It was very late, so they decided to just sleep outside for the night.”

Mr White and his girlfriend were given temporary shelter at the police station.

“The Tourist Police and the British Embassy [in Bangkok] have been contacted for assistance in this matter,” said Sub Lt Jira.