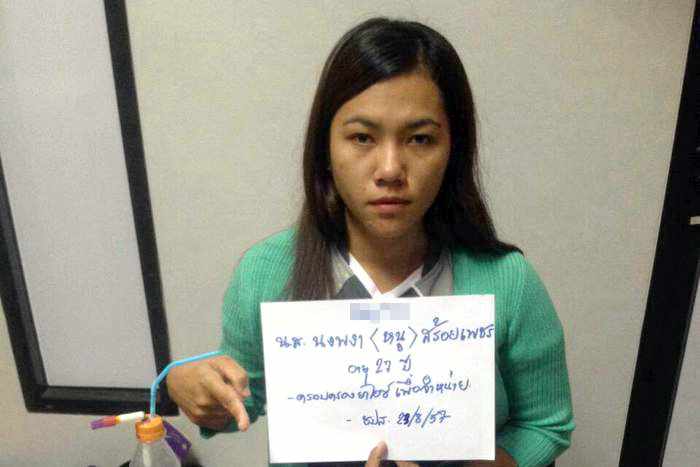 PHUKET: Police are hoping to take a local drug kingpin into custody soon after three dealers were arrested and nearly one kilogram of ya ice (crystal methamphetamine) was seized in two separate raids last week.

Phuket Provincial Police last Wednesday arrested Wiwat Mungsuree, 30, and Eaknarong Iadkham, 34, who were found in possession of 136.54 grams of ya ice.

“During questioning, Mr Wiwat and Mr Eaknarong told us that they were part of a network with Thammarat Koithanasarn and Nongpanga Soipetch,” said Lt Col Jarun Bangprasert of the Phuket Provincial Police.

“They said that they stored the ya ice at Ms Nongpanga’s house.”

A team of officers arrived at Ms Nongpanga’s house in Rassada at about 2:15am the next day.

“We waited outside her house until she arrived, then we presented ourselves and searched the house. We found 756.4 grams of ya ice in a back room,” said Col Jarun.

“She confessed that the drugs belonged to her.”

Ms Nongpanga told police that Mr Thammarat had called her on August 15 and told her to pick up a shipment of ya ice from Mr Wiwat, who would be waiting opposite the Tah Reua Temple on Thepkrasattri Road, and take the drugs to her house, Col Jarun said.

Police are now searching for Mr Thammarat and other suspects now known to be involved in the network.

Ms Nongpanga, Mr Wiwat and Mr Eaknarong were all charged with possession of a Category 1 drug with intent to sell.