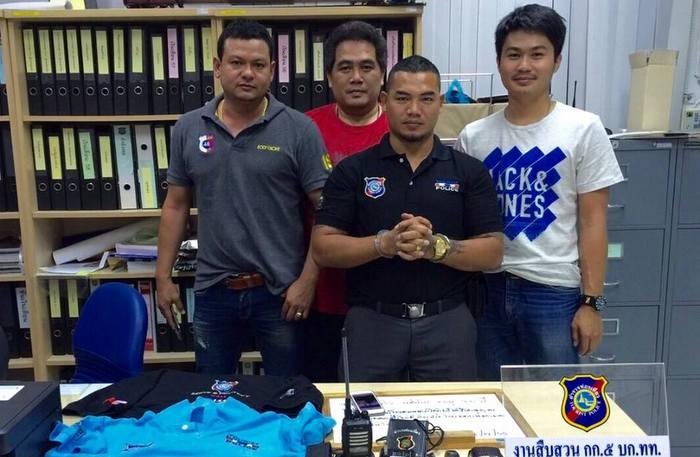 PHUKET: Police arrested a man belonging to a northern hilltribe on Tuesday, after receiving several complaints about him impersonating a tourist police officer.

Police were informed that Kersiv SaeJang, 35, was going to different hotels in the area and asking for discounts.

“We were able to track down Mr Kersiv with a phone number that he had left with one of the hotels,” said Lt Col Sanchai Thinwongdaeng of the Tourist Police Division 5. “In his possession, we found tourist police shirts, a police radio, a baton, and a card holder with the tourist police emblem on it.”

Like many members of hilltribes in Thailand, Mr Kersiv is not considered a Thai citizen and may not leave the area designated for his tribe, explained Col Sanchai.

Mr Kersiv confessed that he often pretended to be a tourist police officer for personal benefits, Col Sanchai said.

Col Sanchai told the Phuket Gazette that Mr Kersiv did not receive the harsher charge of impersonating an officer, as he was not caught in the act of doing so.