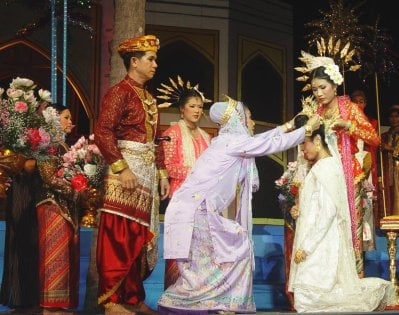 Organized by the Phuket Provincial Administration Organization and the Tourism Authority of Thailand, the event is scheduled to run until Monday (August 1).

Privy Councilor Gen Surayud Chulanont declared the festival open in a ceremony followed by the presentation of a play about Princess Mahsuri, a semi-legendary princess from Kamala.

The festival also features a wide range of inexpensive, tasty, Halal food (food prepared according to the Muslim way); readings by children from the Holy Quran; zebra dove and bulbul singing contests; demonstrations of leatherwork; and many other attractions highlighting the traditional lifestyle of Kamala’s mainly Muslim community.

There is also an exhibition on sustainable tourism, and stalls featuring products from the 14 provinces of Southern Thailand.

Gov under siege from limo drivers