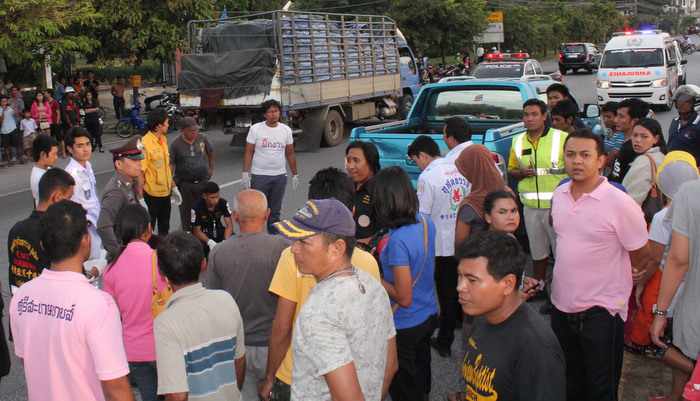 PHUKET: A motorcyclist was killed after colliding with the back of pick-up truck in rush-hour traffic on Thepkrasattri Road yesterday afternoon.

“I was on the way home after having picked up my child. We were about to make a u-turn when I heard something slam into the back of the truck,” said Hathairat Songyot, 39.

Ms Hathairat called police, who rushed to the scene.

“We have yet to press any charges. At this point we are attempting to determine who was at fault,” said Capt Udom Petcharat of the Phuket City Police.

Police have yet to confirm the identity of the dead man, who was not wearing a helmet at the time of the crash.

“He had no identification on him and nobody in the area where the accident occurred could identify him,” Capt Udom said.

The man’s body was transferred to Vachira Phuket Hospital.