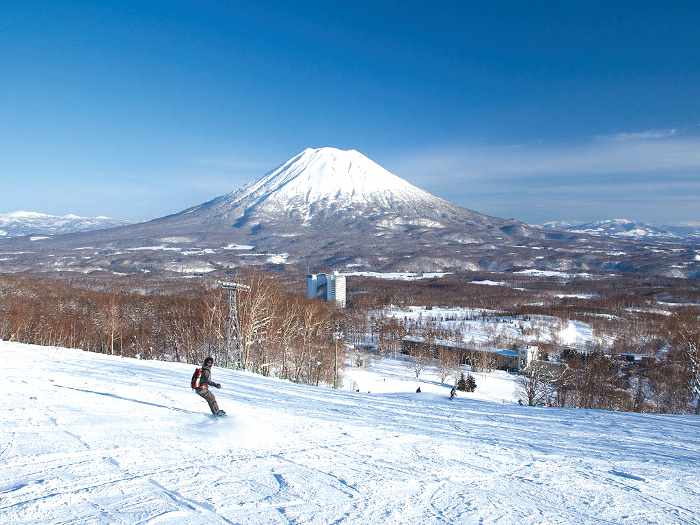 PHUKET: Mist is covering Mount Yotei like a soft white blanket as I sit in the train station waiting for the 15:15 local to Otaru. Despite being school holidays, and prime-time summer, the weather is decidedly wet. Travel by railway in the country is always one of my guilty pleasures despite this being a business trip.

Sitting at the North Eastern end of Japan, Hokkaido with its stunning peaks and laid back charm is one of Asia’s great escapes. Over the past few years I’ve been a frequent traveller to Niseko and the mountain resort areas.

My mind wanders as the train makes it’s way down gentle slopes, with streams of rushing water breaking the visual tree-scape. Small agricultural towns come and go, though the names aren’t ones to remember. Train travel in Japan remains a breakaway from technology, as there are rules to not talk on the rails on the all too familiar smartphone.

For more than a decade Niseko has grown in popularity as a winter ski haven. The areas powder is considered to be some of the world’s best and draws visitors from around the world. During peak season at Chinese New Year Hirafu in particular is a magnetic draw card for the rich and social scene.

Though lately Thai’s have taken to the destination year-round like bees to honey. With the national carrier championing direct flights between Bangkok and Sapporo, popularity is rising. One of the key success factors remains visa free travel for nationals of Thailand. There is also the food factor and a sustained inflow of tour groups from the Kingdom. During winter, the annual snow festival is a much anticipated event, with many Asian’s coming for their first look at the cold white snowflakes.

My concentration is broken somehow as we come down to the foreboding coastal area, as large waves break onto rock strewn beaches. It’s a more urban landscape and as most travellers can tell you, rail travel in city areas is just so non-descript. At the end of the day the blur of buildings, car parks and a vast concrete jungle means you could be anywhere.

Still the nearby mountains are a fresh memory. Over the past few days talking to hoteliers and property types is insightful, given there is a marked surge in summer visitors. While Japanese have school breaks in August, and are a ready source of business, foreigners are also starting to appreciate the destination without its signature blanket of snow.

Seasonality has always been the bane of mountain towns and this one is no different. Slowly though resorts such as the Hilton at Niseko Village has converted one of its two golf courses to an action adventure tagged as Pure. Here, zip-lines and various other sports facilities dot the horizon. Nearby Hanazano has jumped onboard too, with active activities for families and children. Rafting continues to be a lead sport as well with fast running rivers providing an adrenalin rush.

For the first time in a long while real estate developers and agents are saying the market is stabilizing in a way not seen for many years, going back before the Global Financial Crisis. Though, like Southeast Asia, some of the new products like Ki Niseko are smaller and move investment focused for rental yields.

Related Posts  Across the Land: Building a sustainable home in Phuket

Eating is one of the plus points of the area, and unlike the heart of winter where you need to make reservations virtually months in advance at some of the popular restaurants, the lean season is slower and excellent dining options are abundant.

Like so many ski resort towns in North America a large part of the accommodation supply is not hotels but condos and holiday houses. Though one dramatic change over recent times is that mid-summer can get hot and humid and the majority of these units were not built with air conditioning. Up until a few years ago developers scoffed at the concept and now they are rushing around with fans and portable air units to chill down a new type of traveller – the summer version.

A passing conductor yells out that Otaru is fast approaching and my local train trip is nearly over. Was that a blissful sigh that came out of my mouth or perhaps one of envy for those still high up in the mountain paradise of Niseko. If you haven’t been, my suggestion is check it out, be it for a winter ski trip, or a summer escape for the tropics. Now, if I can just find my phone which has conveniently disappeared from sight for the past two hours.

Bill Barnett is Managing Director of C9Hotelworks. He can be contacted through: c9hotelworks.com
bill@c9hotelworks.com
See more of Bill’s writing on his hotel industry focused blog The Phuket Insider
https://www.thephuketinsider.com/

Property Watch: These are a few of my favorite things