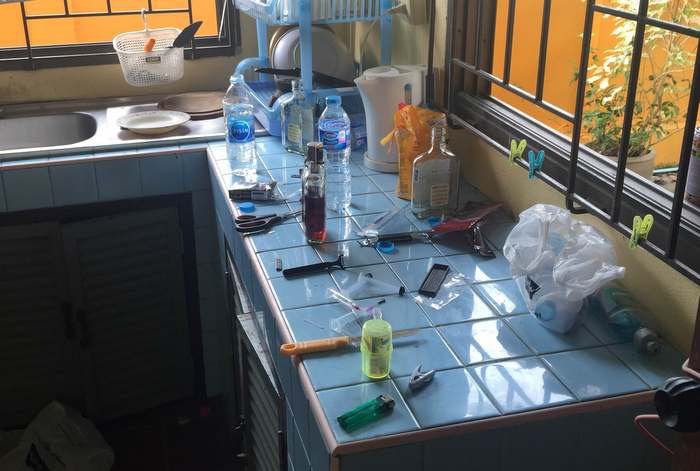 PHUKET: A Polish expat was found dead in his Cherng Talay rental home yesterday, about one week after the Thai woman he was seeing left him, said police.

Leszek Jerzy Warzynski, 57, was found hanging by his neck near a fishpond behind the house.

Police believe Mr Warzynski had died two days before his body was discovered.

“There were empty alcohol bottles, a knife, scissors and water on the dining table, and cut marks on his arms that looked self inflicted,” said Lt Sunan Pechnoo of the Cherng Talay Police.

A blood trail was found leading from the dining table to the bathroom and the bedroom.

Mr Warzynski’s landlord, Paitoon Linlako, said that he had known the deceased for seven years.

“His last stay in Thailand had been for about three years, but he wasn’t working here. He lived alone in the house. However, within the last three months a Thai woman joined him at the residence,” Mr Paitoon told police. “Last week, the woman left him and he became very sad. He told me and the other neighbors that he really loved the woman.”

Police declined to name the woman.

“His neighbors explained that Mr Warzynski started drinking heavily and even had to stop him as he started to cut his arms with the knife,” Lt Sunan said. “Things went silent at the house until a neighbor found him dead.”

The Polish Embassy has been informed of the death.