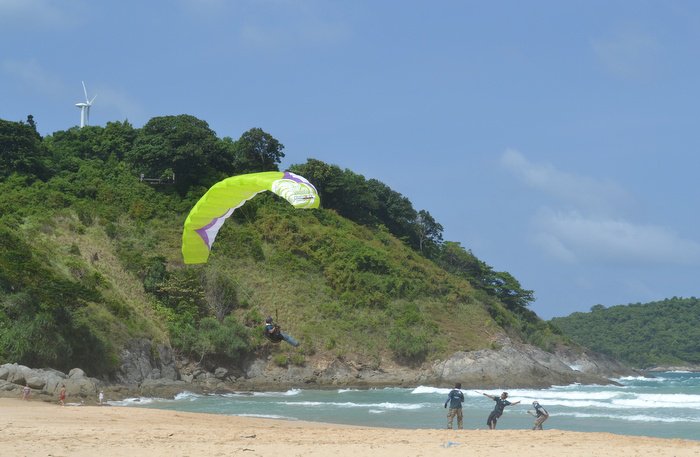 The ban follows earlier complaints of paragliders blocking public land and telling visitors to get out of their way during takeoffs (story here).

“We held a meeting last week about the issue,” Mr Aroon told the Phuket Gazette. “Paragliding is temporarily banned until further notice. The paragliding club members have already been informed.”

Municipality workers have been ordered to patrol the area to ensure that no one without a proper license from the Department of Civil Aviation and direct permission from the municipality itself takes off from the allotted strip.

No date has been set for the ban to be lifted.